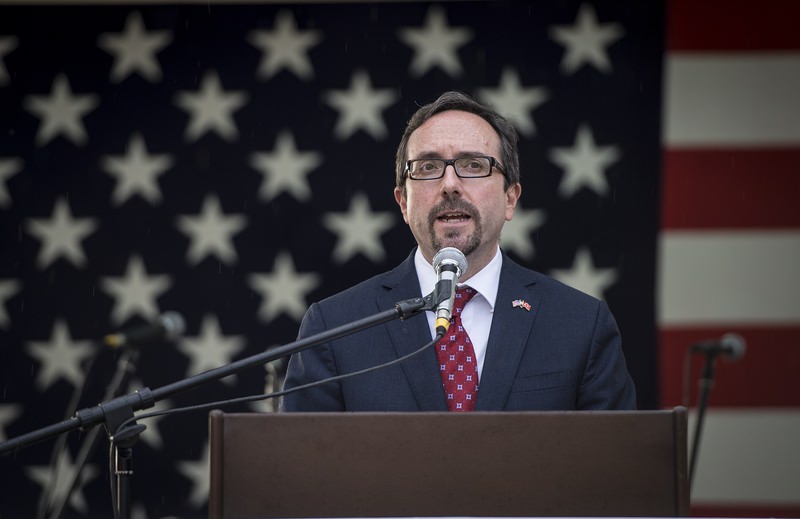 by Emre Başaran Jul 03, 2015 12:00 am
The U.S.ambassador to Turkey John Bass said that the U.S. has forwarded Turkey's and the U.S.' mutual concerns about preserving Syria's 'territorial integrity' to Democratic Union Party(PYD) after the group took control of some districts in Syria from the self-proclaimed Islamic State of Iraq and al-Sham.

The Ambassador said "We collaborate with our allies and coalition countries in the fight against ISIS which is a threat for all of us." on the 239th Independence Day of the United States.

Pointing to the fact that Turkey and the U.S. have common concerns about the rising threat of the self-proclaimed Islamic State of Iraq and al-Sham (ISIS) terrorist group, the ambassador said that coalition countries and U.S. allies are collaborating against the presence of the group in central Syria and other regions throughout the country. "I will not touch upon the hypothetical topics concerning the region, but what's sure is, Turkey and the U.S. have common worries regarding ISIS presence in Northwestern Syria and the Turkish border," he added.

Referring to the importance of fighting against ISIS, he said that ISIS' presence on the Turkish border enables the group to compensate for their losses via smuggling, despite the Turkish government's vigorous efforts. "Firstly, Syria should maintain democracy and its territorial integrity. Syrian people need to live in security. And secondly, the internally displaced people within Syria have to be allowed to return to their homes whenever they feel safe. That's the U.S.' and Turkey's point of view. We have clearly declared those principles to PYD and urged its members to respect those principles," he further added.