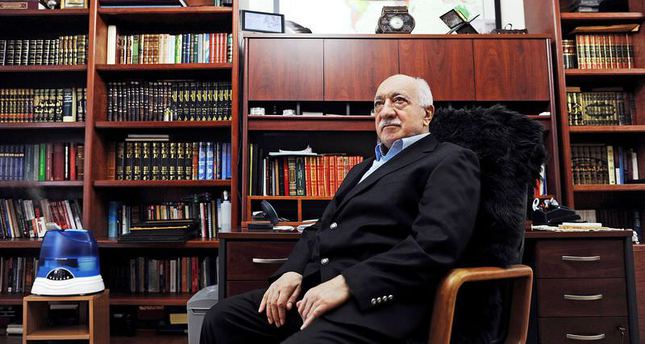 by Daily Sabah Jul 04, 2015 12:00 am
Turkey is preparing for a comprehensive fight against the Gülen Movement following the last National Security Council (MGK) meetings, the latest of which took place on June 29 and which recognized illegal structures as a threat against Turkey's national security.

According to reports, the MGK prepared a recommendation letter to fight Gülen Movement, which was submitted to the Prime Ministry shortly after the meeting. The letter was recently approved by the cabinet, and became a decree. The precautions which are planned to be taken under the scope of this decree will be passed on to all institutions as circulars, paving the way for the preparation of "Parallel Structure Action Plan." The decree will thereby implement a comprehensive blockage against the Gülen Movement.

The MGK meeting underscored that any structure which poses a threat to the unity and security of the state should be recognized as a threat to national security. "A target has been specified which covers all attempts directed towards obstructing the stability of elected governments or the will of the people," the MGK recommendation read, adding that the state will take the necessary precautions not only against the Gülen Movement, but also all other illegal structures which pose an imminent threat to security.

The MGK has advanced its fight against the Gülen Movement by forming a board that will specifically investigate the movement's domestic and international activities and monitor the flow of its funds. The board is expected to keep the reports of its investigations regarding the Gülen Movement and submit them to President Recep Tayyip Erdoğan ahead of the meetings to keep him informed about the findings. The board will also be in charge of reporting how the fight against the movement evolves between the meetings of the council. The movement's infiltration in public institutions and utility of the precautions against the movement will also be followed by this board.

In the official statement from the MGK, it was highlighted that the fight against the "parallel structure," as well as other illegal organizations that threaten national security, will lawfully continue "with determination."

The Gülen Movement is a transnational movement led by the U.S.-based Fethullah Gülen. It is accused of wiretapping thousands of people including government officials and encrypted phones. It has over 140 private schools around the world including the U.S., Europe, Asia and Africa. It has been accused of infiltrating state institutions in Turkey and trying to overthrow the democratically elected government. Government officials have continuously expressed their determination to continue to lawfully fight the movement.