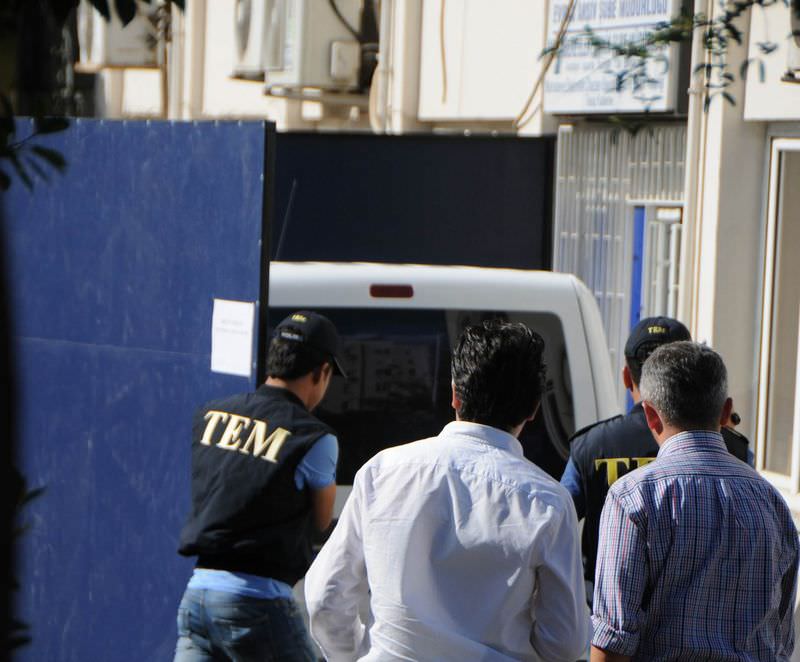 by Daily Sabah Jul 06, 2015 12:00 am
Eight police officers allegedly affiliated with the Gülen Movement have been detained in the third wave of operations carried out under the scope of the Tahşiye case.

The suspects were detained for fabricating crimes and evidence, as well as conspiration.

On June 17 an Istanbul court issued detention warrants for 20 suspects allegedly affiliated with Gülen Movement in Tahşiye case under the scope of an investigation carried out in 16 Turkish provinces.

The suspects accused in the case include police officers who had allegedly placed bombs in a house where the Tahşiye group, -which is known to be a branch of the Nur Movement- used to hold gatherings.

In December, 25 people, including police officers and media staff having alleged links to the Gülen Movement, were detained in operations carried out by the Public Prosecutor of Istanbul in 13 provinces. Hidayet Karaca, the president of Samanyolu Broadcasting Group and Ekrem Dumanlı, the editor-in-chief of the Zaman daily, both of which are media outlets affiliated with the Gülen Movement.

The Tahşiye group is known to be a branch of the Nur Movement. The group and its leader, Mehmet Doğan, a former imam, are known for their opposition to the Gülen Movement and have a firmer stance against interfaith dialogue than other movements.

Members of the Gülen Movement allegedly infiltrated Turkey's police and judiciary with the aim of toppling the government, and the government has pledged to remove "traitors" through democratic and lawful means.