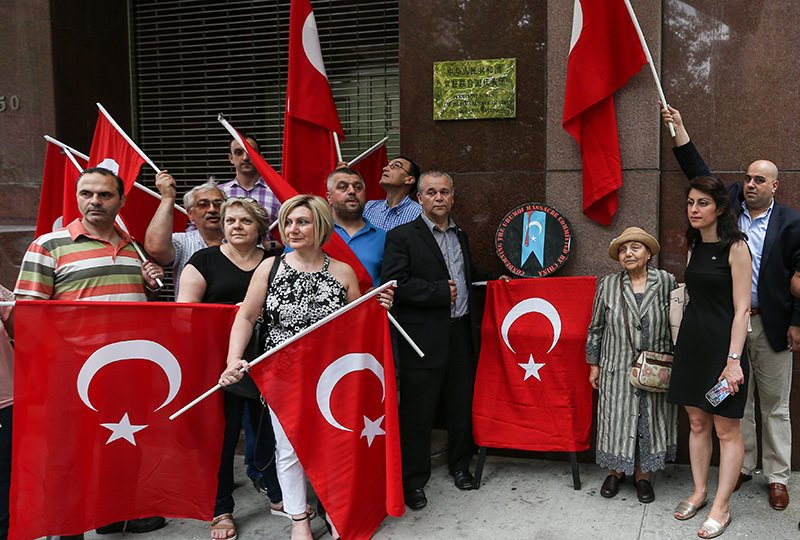 | AA Photo
by Daily Sabah Jul 07, 2015 12:00 am
A group of demonstrators in New York protested China's restrictions imposed on Muslims in East Turkistan on Monday, in order to draw the world's attention to the situation of the Uighurs.

The protestors who consisted of activists and non-governmental representatives gathered in New York placed a black wreath in front of China's Permanent Mission at the United Nations.

Speaking on behalf of the protestors, Tolga Tekman who is the President of the Young Turks Association said that China's treatment of Uighur Turks was unacceptable. He noted that media outlets do not pay necessary attention to the issue, while he underscored that protests made against China must be conducted in a conscious manner.

Protestors highlighted that the U.N. should visit East Turkistan and prepare a report regarding the situation of Uighur Turks.

Last week, protests broke out throughout Turkey with thousands of people taking to the streets to demand that China stop its alleged discrimination against Muslims.

In January, Turkey accepted over 500 Uighur Turks, who sought refuge in the country.