With no deal in sight, parties prepare for possible early elections 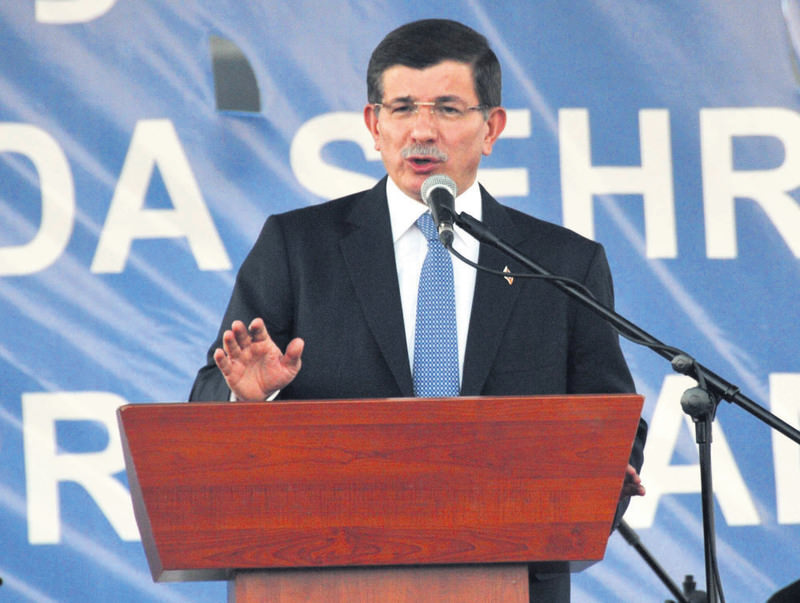 Parties have adopted an attentive stance to avoid loss of support from voters as early elections loom with options for coalitions waning. The opposition, which stood together against the AK Party prior to the June elections, has diverted criticism toward each other to purportedly win votes in possible early elections

The possibility of early general elections grows as recent remarks by opposition party leaders suggest their animosity toward a deal with the Justice and Development Party (AK Party) will scupper any chance of a coalition being formed once negotiations begin next week. The opposition parties, which had shunned early elections in fear of losing votes, are now forced to consider the option of early elections as none of the parties have come to an agreement over their stringent differences. The AK Party, although enthusiastic in urgently forming a coalition, launched intra-party discussions to prepare for early elections. The Republican People's Party (CHP) stands behind the stipulations it put forth for a partnership to avoid upsetting its base and losing support. The Nationalist Movement Party (MHP) and pro-Kurdish Peoples' Democratic Party (HDP) cling tight to their core principles that led to an increase in votes for both so as to retain support in the case of early elections. Pessimism lingers over a possible alliance as President Recep Tayyip Erdoğan is yet set to assign Prime Minister Ahmet Davutoğlu with the task of forming the coalition.

Before the official stage of negotiations begins, the parties have already revealed their stances on partnerships, which indicates that the coalition talks could be fraught with difficulty. Although party leaders insist that they will approach coalition ideas without prejudice, the stipulations and the wide difference in ideologies could lead to early elections.

A recent poll has indicated that in the case of early elections the AK Party, which received 40.66 in the June 7 elections, will increase its votes by 5 percent. The AK Party, as part of its preparations for early elections, has set up a commission to assess the election results and what led to the decrease in its votes. It plans to dispel the perception of the government's giving up the reconciliation process as a priority and there will also be points stressed on the economy and democratization.

The June elections gave no party sufficient power to lead alone. Since then the HDP, which made its way into Parliament by passing the 10 percent election threshold, and the MHP, which increased its votes by 3 percent compared to the 2011 elections, refrained from ceding their principles so as to not lose votes in possible snap elections. The nationalist MHP, aware that the increase in its votes stemmed from reactions against the rise of the pro-Kurdish HDP, has retained its anti-HDP stance since the election results became clear on June 7. MHP Chairman Devlet Bahçeli, who on the night of the elections said the party would never be part of any plan that involves the HDP, held on to his word and did not even support CHP candidate Deniz Baykal during the Parliament speaker elections citing HDP support for him. Speaking to Hürriyet daily on Wednesday he reiterated his remarks from June 7 that the MHP would prefer to remain in the opposition and closed its doors to a coalition. Time has yet to show whether he will stick to his stance during official talks with Davutoğlu, but what he told the media drew a pessimistic picture regarding compromise with any party.

CHP and MHP reluctant for coalition with AK Party

Numbering his stipulations, the main one being to nix the reconciliation process with the PKK the government pursues to end Kurdish question, Bahçeli said: "We said it on the night of the elections. Our part is being the main opposition. Why does anybody talk about a HDP-AK Party coalition? Or an AK Party-CHP coalition?"

Likewise, CHP Chairman Kemal Kılıçdaroğlu, speaking to Milliyet newspaper on Wednesday, passed the buck to the MHP and said he considered an alliance with the AK Party a remote possibility.

"I am not pessimistic, but the chances are low [for an AK Party-CHP] coalition. The possibility of an AK Party-MHP coalition could be higher," Kılıçdaroğlu said.

Kılıçdaroğlu also previously had said he considered the odds of early elections high. With that in mind, he has been discreet in not making concessions to any of the party's principles and stipulated 14 conditions for an alliance. Kılıçdaroğlu, in an apparent bid not to upset the CHP base4, has been holding onto these conditions that also were part of the party's election manifesto.

War of words between MHP and CHP over speaker election debate

Meanwhile, the exchange of sharp words between the CHP and MHP that emerged after the recent Parliament speaker election, during which İsmet Yılmaz won against CHP candidate Deniz Baykal, morphed into a battle as deputies began new arguments.

The MHP has been the target of accusations following the Parliament speaker elections. Yılmaz from the AK Party won against Baykal, and CHP deputies and the HDP have pointed the finger of blame at the MHP, which abstained from in the last round, citing the HDP support for him. MHP Chairman Bahçeli prior to the elections had said his party would support their own candidate, Ekmeleddin İhsanoğlu, until the end, and if he failed to proceed to the final round, they would be neutral, using blank votes. The move was interpreted by CHP deputies as veiled support for the AK Party. Haluk Koç from the CHP accused the MHP of handing the win to the AK Party.

The MHP responded to the accusations and the squabble grew. MHP Deputy Yusuf Halaçoğlu said his party's supporting of a "man without religion" would infuriate his base. The very remarks sparked outrage in the party and has elicited an immediate response. Koç said: "I could say words that target him that he could not take. Unless they apologize and say it was said at a moment of distress, we are at a point to give the harshest response to the insult against millions committed to their faith and religion. Know your place!"

Özgür Özel, another deputy from the CHP, had also called on Halaçoğlu to apologize and to step down because of his statement.

HDP Co-Chair Selahattin Demirtaş, on the other hand, who starred with the appealing messages he conveyed on the campaign trail, seems to be sidelining himself from the debates. Analysts interpret his stance and refraining from public speeches as preparation for snap elections. The HDP might lose its chance of passing the threshold, which was achieved with assistance from borrowed votes, leading to attentiveness for possible early elections. The party has been honing in on the pursuit of the reconciliation process to preserve its votes.

Meanwhile, the AK Party is also looking into the reasons why it lost a large number of votes in eastern Turkey. It launched an investigation to find out whether the loss of votes was due to a lack of election security. Following the elections there were a slew of reports that suggested HDP supporters forced and intimidated locals to vote for the party. There were even unproven claims they cheated at the ballot box. The locals who were suspicious of voting for the HDP were threatened following the elections, the reports further claimed. And as result of the fresh investigation, especially in villages that are far from the center, there were no votes for any party other than the HDP. There were also no invalid votes at these ballot boxes, which has been interpreted as pressure on the locals.According to the AK Party investigation launched to avoid such a situation in possible early elections, ballot boxes will be removed from places far from the district or provincial centers. The locals living in these places will be brought to the centers to vote amid security measures.

Taking into account the density of the population, villages that face a similar situation will head to the same ballot boxes. This way the votes will be mixed and it will not be clear which village voted for which party.
Last Update: Jul 08, 2015 7:59 pm
RELATED TOPICS