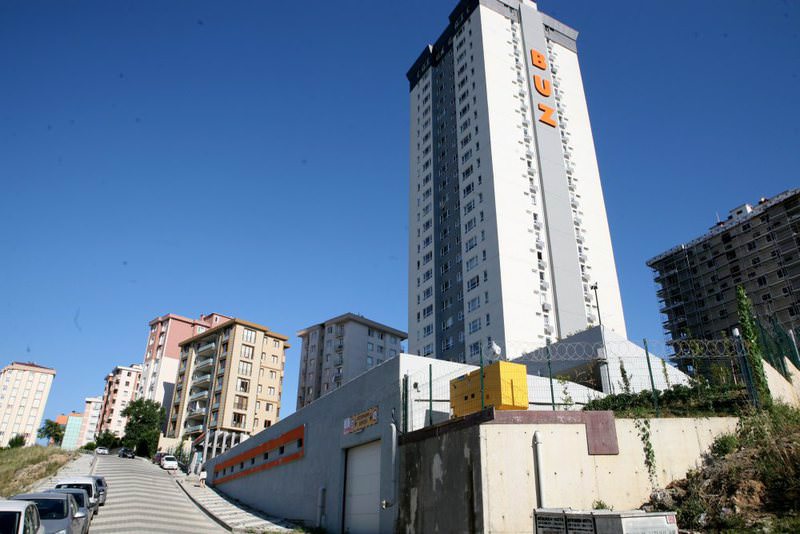 Turkey's main opposition Republican People's Party (CHP) remains conspicuously silent over the purchase of 15 highly expensive flats in two skyscrapers in the heart of Istanbul by a lawmaker from the party who happens to be the wife of a mayor facing corruption allegations in BuzGate, a scandal named after one of the skyscrapers

The Republican People's Party (CHP), which promotes itself as a staunch opponent of corruption and fraud, has been rocked by a string of allegations toward one of its lawmakers and has remained silent throughout the affair. Deputy Gamze Akkuş İlgezdi (right) and her husband, the mayor of the Istanbul district of Ataşehir on the Asian side from the same party, are entangled in a scandal over their purchase of more than a dozen apartments worth millions in two skyscrapers in Istanbul, a purchase apparently not affordable by their modest means. The whole affair is called "BuzGate" by the media after the name of one of the skyscrapers.

The CHP so far has not given a convincing reply to accusations hurled at one of its lawmakers while the husband, Ataşehir mayor Battal İlgezdi, defended the multiple acquisitions by citing his past wealth as a contractor.

Buying a residence in a skyscraper in a posh Istanbul neighborhood, especially in the middle of a construction boom, might be affordable for an individual with a small fortune. Even flats that merely consist of two rooms are on sale with seven-figure price tags. Thus, the purchase of not one but 15 flats in two upscale skyscrapers by a dentist with a modest income such as Gamze Akkuş İlgezdi's raised questions.

"BuzGate," named after one of the skyscrapers where İlgezdi bought residences, has been splashed across the front pages of newspapers as it is viewed as the CHP trying to cover up the scandal with no statements from the party officials.

Rumors circulating in the media say that the silence may be linked to political infighting in the party ranks. Indeed, it was revealed that Zeynep Kılıçdaroğlu, daughter of party leader Kemal Kılıçdaroğlu, has also bought a flat in the said skyscraper.

İlgezdi, 46, a newly-elected lawmaker from the main opposition CHP is known for her quick rise to success, particularly after her marriage to Battal İlgezdi, a mayor from the CHP in Istanbul's Ataşehir, a rapidly developing suburb touted as a future financial hub of the city. In quick succession, İlgezdi, a dentist working at a public hospital, secured a top job in her husband's municipality on Istanbul's Asian side, one week before her marriage to Mayor İlgezdi and placed on the top of the list for CHP candidates in Istanbul in June 7 general elections, in a constituency with little prospect of losing to its rivals. According to media reports, her quick rise in the party disturbed the party's long-standing members.

The purchase of flats in Istanbul's Kadıköy district is not confined to Gamze Akkuş İlgezdi. Turkish media reported that some 50 flats in the same skyscraper were bought by the husband of the lawmaker's sister.

The couple claims that they have wealth amassed during their work as a dentist in a private clinic and as a businessman in the construction sector that enabled them to purchase the flats. Battal İlgezdi told a newspaper that he bought 15 flats himself and handed them over to his wife.

Zeynep Kılıçdaroğlu, daughter of CHP leader Kemal Kılıçdaroğlu, was also found to be the owner of a flat in the same skyscraper. Kılıçdaroğlu had defended that it was a perfectly legal purchase she made with her savings.

No official inquiry is underway over allegations of corruption against the couple. But the allegations led even a fervent pro-CHP columnist to question İlgezdi's purchases.

Barış Yarkadaş, a CHP lawmaker, had questioned the matter in his column last year before his election as deputy. Yarkadaş had criticized the Ataşehir municipality for not demolishing one of the skyscrapers where Gamze Akkuş İlgezdi had flats, citing a court order pointing out that the building had no proper permits. Yarkadaş had further claimed the municipality of Ataşehir failed to block permits for other illegally constructed buildings. He accused the mayor of favoring businesspeople by turning a blind eye to the illegally built buildings.

Yılmaz Özdil, who rarely criticizes CHP members, had praised the "thrifty lady" for saving enough money for the posh residences while working as a dentist at a public hospital.

Although Gamze Akkuş İlgezdi faces accusations of wrongdoing for the first time, her husband, a prominent figure in the CHP, is no stranger to similar accusations. Turkish media outlets had claimed the mayor had furnished his office in the municipality for TL 1.6 million ($600,000), an astronomical price tag for a small office.

The Yeni Şafak daily reported that the municipality run by İlgezdi was involved in irregularities in public tenders while Gamze Akkuş İlgezdi favored the company of a close friend of the mayor in a public tender she oversaw while she was head of the health department at the municipality.
Last Update: Jul 14, 2015 1:17 pm
RELATED TOPICS