We have no prejudgments or preconditions for coalition: PM Davutoğlu 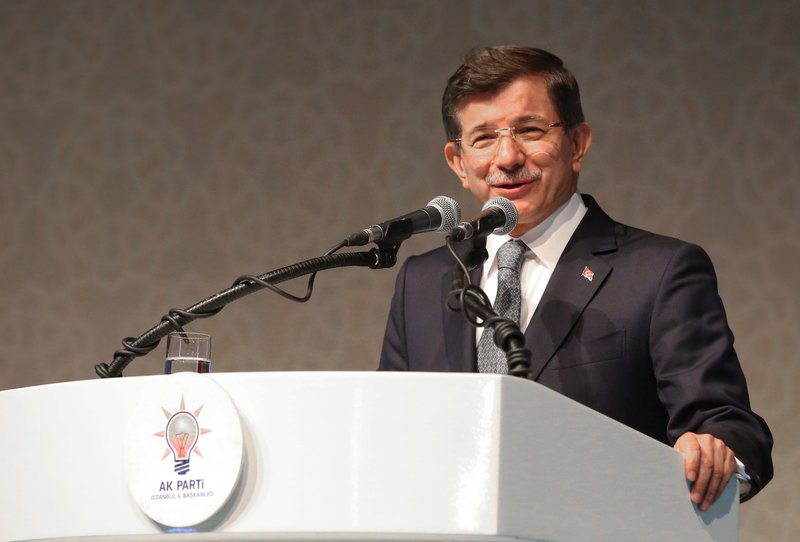 by Daily Sabah Jul 13, 2015 12:00 am
Prime Minister Ahmet Davutoğlu gave a speech portraying two critical messages for the leaders of the other political parties on Sunday in Istanbul at an iftar dinner organized by the AK Party. The Turkish Premier stated that 'the Presidency is not up for discussion' and the Ak Party 'does not have any preconditions for the coalition government'.

The PM said that "We do not have any prejudgments or precontidions regarding the coalition government to be formed. We will not be involved in any debate not related to the forming of a coalition government. Especially, we will not let anyone bring the legitimacy of the Presidency up for discussion."

Davutoğlu attended the iftar program with his wife Sare Davutoğlu at the Yenikapı Public Park.

The Turkish premier said that he would discuss all options, suggestions and opinions with other party leaders in an "open-hearted manner".

"I hope that we can establish a new government at the earliest, and in a way that would satisfy everybody in the country. Our only purpose is to form this government through mutual understanding, and without wasting any time," he said.

The Prime Minister will hold the first coalition discussion with the Republican People's Party (CHP) chairman Kemal Kılıçdaroğlu on Monday.

Davutoğlu is next scheduled to meet the Nationalist Movement Party (MHP) leader Devlet Bahçeli on Tuesday and the Peoples' Democratic Party (HDP) Co-Chairman, Selahattin Demirtaş, and Co-Chairwoman Figen Yüksekdağ on Wednesday as part of the first round of negotiations for a "government partnership".

"The second round of meetings will be held in accordance with the atmosphere following Eid al-Fitr," Davutoğlu said on July 9, referring to post-Ramadan celebrations.

Davutoğlu now has 45 days to form a government around the AK Party, which gained the largest share of parliamentary seats (258) in the June 7 general election.

Although the party came in first, it did not win enough seats (276 seats) to form a majority government, so it must attempt to forge a coalition with the three other parliamentary parties - the second-placed CHP (132 seats), third-placed MHP (80 seats) and fourth-placed HDP (80 seats) . Either the left-leaning CHP or the right-wing MHP are likely to be Davutoğlu's preferred partners.

If he is unable to form a coalition, tradition dictates that the president should offer the second-place party the chance to create an administration within the same 45-day period. If this does not succeed, the president must call a fresh election and appoint a prime minister within five days to form an interim government consisting of representatives from all four parties.

The new election would likely be held towards the end of November.
Last Update: Jul 13, 2015 12:34 pm
RELATED TOPICS