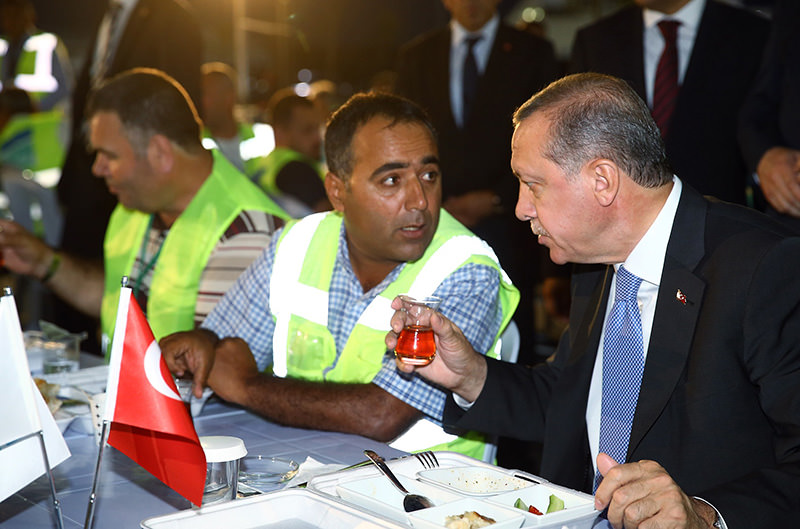 | DHA Photo
by Daily Sabah Jul 15, 2015 12:00 am
President Recep Tayyip Erdoğan will attend an iftar meal (evening meal when Muslims end their daily Ramadan fast at sunset) at Istanbul's third airport construction site on Wednesday. He will be breaking his fast with hundreds of workers at the site. Prime Minister Ahmet Davutoğlu had previously attended a similar iftar gathering with the workers at the construction site on July 10.

The construction of the third airport is expected to be completed in four phases. The first phase consists of the construction of two runways and the main terminal, but with the completion of all the four phases, the airport will include four terminals connected with a railway system, eight air traffic control towers, six runways, 16 taxiways, an airport hangar of 6.5 million square meters with a capacity of 500 airplanes, and a capacity to handle 150 million passengers annually, making it the world's largest airport.

The airport will be connected to the Istanbul metro and multi-lane highways will be built to facilitate access. The airport is expected to take on 120,000 new employees once it is opened.

The construction of the airport has been controversial and has receivied opposition from some environmentalists who are concerned about the project's impact on the area's water basin and wildlife population diversity. But, government officials have constantly reiterated that the airport area was chosen under the consideration of ecological balance, wind data and the natural and artificial obstacles of the region. 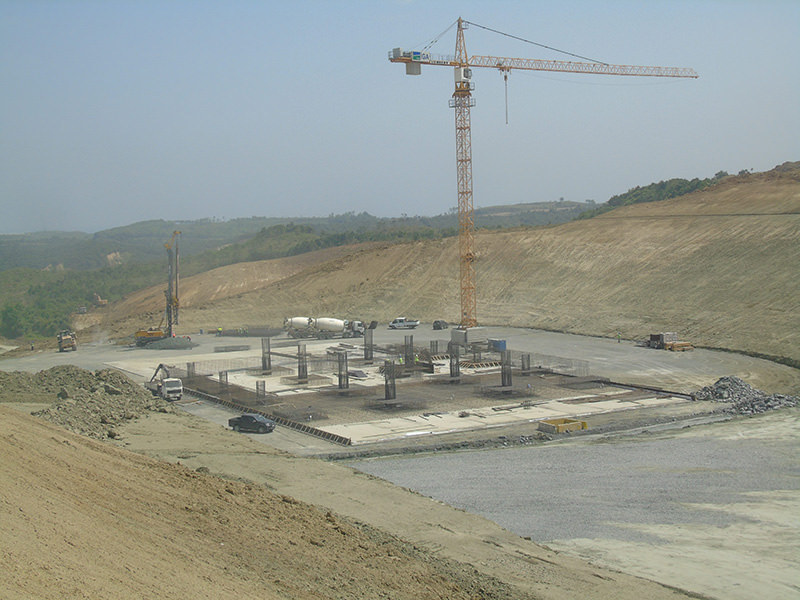 Davutoğlu previously assured the public that the environmental zone, tree structure and forestry area around the airport will not decrease. "While 600,000 trees will be removed, 5 million new ones will be planted in the area aspasrt of the forestation works," he had said.

The first plane will land in the first quarter of 2018, according to Turkey's General Directorate of State Airports Authority head Serdar Hüseyin Yıldırım, who also said at the beginning of July that construction works, for the moment, were ongoing in line with the schedule.