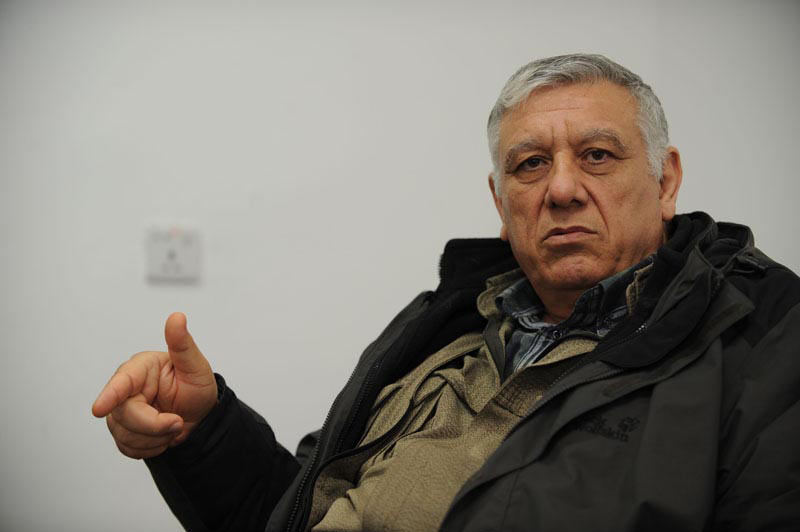 | DHA Photo
by Daily Sabah Jul 16, 2015 12:00 am
Senior PKK figure Cemil Bayık has demanded the liberation of PKK leader Abdullah Öcalan, who is incarcerated on İmralı Island, for a cease-fire, in a statement that came roughly a week after the PKK administration announced the end of the cease-fire that was declared in 2013 by Öcalan in his annual Nevruz message.

Bayık, second-in command of the Kurdish Communities Union (KCK), which includes the PKK, said the cease-fire that was enabled by Öcalan in 2012 is considered void by the militants as long as Öcalan is imprisoned on İmralı Island. Bayık warned that in the absence of the necessary conditions for Öcalan to lead the reconciliation process to end the Kurdish question as the chief negotiator, there will be no cease-fire.
"No one can talk about a reconciliation process or a cease-fire without Öcalan's liberation. No one should fool us. The İmralı incarceration is a reason for war itself," Bayık said, speaking to Kurdish Daily Azadiya Welat.

The statement came after the KCK released a blistering statement saying "As of now, all the dams and the machines used in the construction of the dams will be the target of our guerilla forces," putting an end to the more than two-year-long cease-fire.

This is not the first time the liberation of Öcalan is being demanded. PKK officials previously stipulated that Öcalan be released to push forward the stalled reconciliation efforts. Figen Yüksekdağ, co-chair of the Peoples' Democratic Party (HDP), which is the mediator party in the reconciliation process, recently said that those who voted for the party in the elections, bringing it over the 10 percent election threshold to enter Parliament, asked for the liberation of Öcalan.

"There is also the freedom of Abdullah Öcalan in the future. Unless Öcalan and other prisoners are liberated, it is impossible to talk about political freedom in Turkey," Yüksekdağ had said.