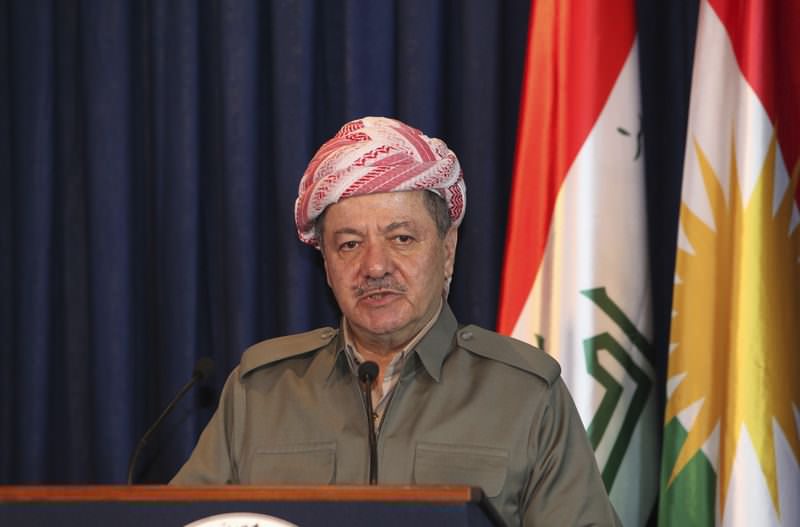 Commenting on KRG President Barzani's recent remarks on his strong desire for independence, experts say that the KRG is already de-facto independent entity and gaining full independence will not have much of an effect on regional dynamics

The president of the Kurdistan Regional Government (KRG) in northern Iraq, Masoud Barzani, recently said Kurds aim to be independent and strongly criticized Kurdish parties for calling to establish a dual government in the Kurdish region. According to the KRG-based Rudaw news agency, he said: "We have two options on the table: Either independence or dependence. We will choose the first." In this regard, Professor Dlawer Ala'Aldeen, who is the founding president of the Middle East Research Institute (MERI) based in Irbil, said: "The KRG of Iraq is already a de facto independent entity and an active player in regional dynamics."

Additionally to Ala'Aldeen, Dr. Walter Posch, a senior research associate at the National Defence Academy in Vienna, Austria said: "At first glance, not too many parameters may change if independence is declared."

Commenting on a possible establishment of an independent Kurdistan and its results in Turkey, Ala'Aldeen said he believes Turkey is increasingly ready to accept Kurdistan's independence and further added that it may "play a constructive role across the shared border." He added: "The Turkey of today is different from the Turkey of a decade ago. The Turkish government and public have become more pragmatic in their relations with Iraqi Kurdistan." Speaking to Daily Sabah, Posch said that although "not too many parameters may change if independence is declared … now and then Turkey will continue to pressure Irbil – that is Barzani – on one point only: To go after the PKK or to be precise, the HPG [People's Defense Forces] and the KCK [Kurish Communities Union] high command in the Qandil Mountains as well as the PYD [Democratic Union Party] and the YPG [People's Protection Units] in Syria."

The KRG announced in June that it would export oil independently from the Iraqi central government due to the Iraqi government's failing to give the KRG its fair share of oil revenues despite the signed revenue-sharing agreement. The relationship between Turkey and the KRG, however, continues to flourish, especially in the energy sector. In early February, KRG Prime Minister Nechirvan Barzani arrived in Turkey and met with President Recep Tayyip Erdoğan, Prime Minister Ahmet Davutoğlu and Energy Minister Taner Yıldız. Following the meetings, Barzani announced that the KRG wants to increase its oil production volume to 800,000 barrels per day by the end of 2015. In this regard, Posch said: "The KRG would only be able to transport its gas and oil via Turkey to Western markets; the economic dependency on Turkey will remain." Ala'Aldeen also drew attention to the importance of relations between Turkey and the KRG: "Turkey would find it in its best interests to ensure that the KRG remains friendly, with an easy flow of energy northward and multi-billion dollar trade southward."

Stressing that "Iraq is already broken and has lost its ability to define its destiny," Ala'Aldeen said: "After full independence, [the KRG] will be stronger, better in charge of its destiny and less restricted in terms of its ability to directly engage regional and international powers. However, this factor alone may not be sufficient to generate a cascade of change in regional dynamics. The only major change that will be noticeable is in Iraq's internal socio-political composition and balance of powers." He underlined that while the impact of independence on the Kurd's fortunes would be transformational, it would probably be much less palpable in the bigger scheme of politics. Posch, however, said the Iranian factor would be more apparent in the case of an independent KRG and that the KRG is much more than only Ankara and Irbil. He said: "On the Iraqi government side, there will be a lot of bitterness with the wider Shiite Arab population who feel very strongly about Iraqi unity, and this brings Iran's three Iraq policies – one for the Shiites, one for the government and one for the Kurds – into the mix."

Due to Iran's influence in Sulaymaniya, Iraq, Posch stressed that Iran will certainly make its influence immediately felt in both Irbil and Sulaymaniya. "Most likely, Tehran will consolidate its position with the Shiite militias in the south and allow the Islamic State of Iraq and al-Sham [ISIS] to push beyond Mosul, unraveling gains the [KRG's] peshmerga and guerillas have made in the last months, forcing the KRG to ask for more Western help, which will not come because the help needed would be infantry and many troops, and after that Tehran will offer its own help – again for a price," Posch said.
Last Update: Jul 22, 2015 6:03 pm
RELATED TOPICS