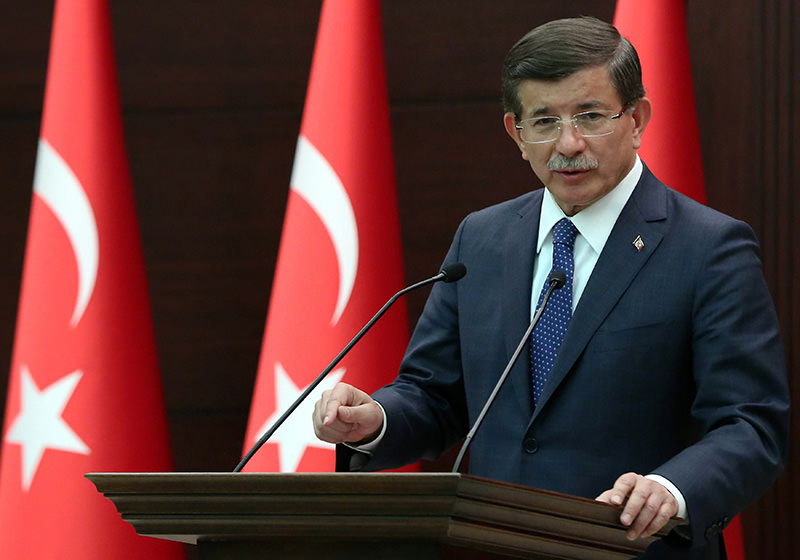 Prime Minister Ahmet Davutoğlu met with the Cabinet yesterday in Ankara to discuss further security measures to be taken following the deadly terror attack in the southern Turkish town of Suruç that killed 32 victims and left nearly 100 civilians wounded. Prior to the meeting, the prime minister was given a detailed briefing on the latest findings from the recent incidents and met with a number of top bureaucrats. It has further been reported that national security topped the agenda of Wednesday's meeting and further strategies in efforts to tackle the Islamic State of Iraq and al-Sham (ISIS) were discussed.

Following the cabinet meeting, government spokesperson Bülent Arınç stated that an integrated border security system will be built on the Turkish-Syrian border, and security measures will be tightened. Turkey has detained 600 people with suspected ISIS links and has arrested 102 so far, Arınç said, reaffirming Turkey's determination on struggle with the terrorist organization.

As Turkey continues to display its determination in fighting ISIS, presidential spokesman İbrahim Kalın also made statements on Tuesday about the allegations that Turkey supports ISIS and stressed that "The fact that Turkey is completely against every terrorist organization including DAESH [an alternative acronym for ISIS] is self-explanatory." As the Cabinet meeting was delayed for nearly two hours, Prime Minister Davutoğlu had met with the crisis management table established in Ankara that is being managed by the Prime Ministry's Undersecretary Kemal Madenoğlu and obtained a detailed briefing on the latest findings on the Suruç attack.

Following the briefing given by Madenoğlu, the prime minister met with National Intelligence Organization (MİT) Chief Hakan Fidan, where Davutoğlu obtained pre-information on the details of the Suruç bombing, the killing of the Adıyaman soldier and the two police officers found dead in their home in Turkey's southeastern Şanlıurfa. In the briefing prior to the Cabinet meeting, Davutoğlu met with the Commander of the Gendarmerie Forces, Gen. Abdullah Atay, along with other top bureaucrats. It has also been reported that Davutoğlu is to form a minor security summit on Thursday, which will be held with Turkey's Chief of Staff General Necdet Özel and Fidan, and discuss the details to "border action plan," as well as details on domestic intelligence that includes detailed information on the PKK's increased activities in Turkey.

Sources have reported that the most important item discussed in the Cabinet meeting were the topics of security and terror. Following the soldier who was killed in an attack by the PKK in Adıyaman on Monday, which was followed by the deadly bomb attack in Suruç on Monday and later the killing of two police officers that was allegedly carried out by the outlawed PKK, Prime Minister Davutoğlu stated that at the meeting, they planned to discuss further security measures that can be taken at the border to ensure the safety of the nation. In addition, one of the most significant items discussed at the Cabinet meeting, that is, the Suruç bombing, was assessed by the ministers from all perspectives on Wednesday. According to local sources, during the meeting, it was agreed that the terrorist organization ISIS's capacity within Turkey will be crushed and that all members of the organization will be determined along with the funding sources available to them.

At the meeting it was reported that additional officers and funding will be provided in efforts to determine who ISIS members and their sympathizers are. While the Cabinet members agreed to take all the necessary actions against ISIS and its supporters, it was also indicated that similar actions will be taken against all terrorist organizations, including the PKK. In addition to the Cabinet meeting, Prime Minister Davutoğlu met with the AK Party's Central Decision and Executive Board (MKYK) on Tuesday and discussed the recent developments that had occurred in Suruç and the policies that would be followed with regards to the incidents.
Last Update: Jul 23, 2015 8:51 pm
RELATED TOPICS