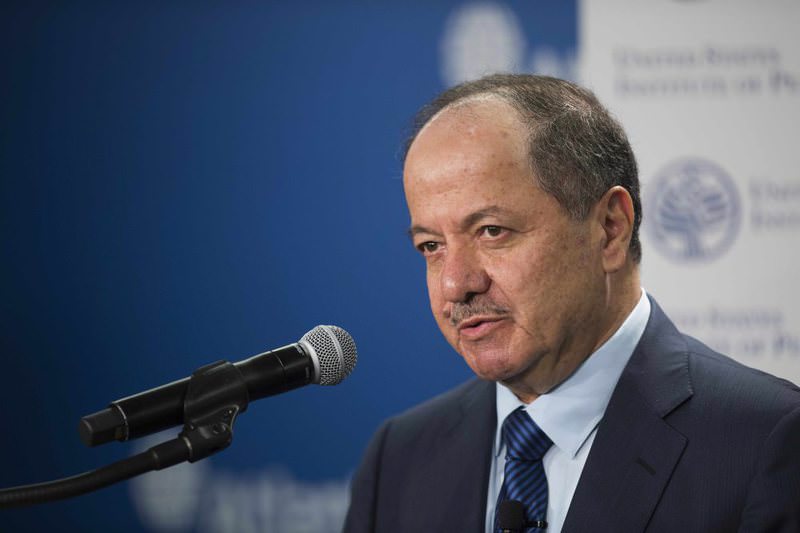 Turkey has increased its efforts in the fight against ISIS by launching airstrikes against its positions for the first time as been part of the U.S-led coalition after the violence committed by ISIS militants in Syria spilled into Turkey with the Suruç attack

Syrian and Iraqi Kurds have expressed solidarity for the operations Turkey has been conducting against the Islamic State of Iraq and al-Sham (ISIS) for three days, taking on its first active role in the U.S-led coalition against the militants. The president of the Kurdistan Regional Government (KRG) in northern Iraq, Masoud Barzani (left), said that the KRG supported the airstrikes against both ISIS and the PKK, citing legitimate grounds for the operations. Idris Nassan, the deputy responsible for the foreign affairs of the Kobani administration of northern Syria, also thanked Turkey for the recent success of airstrikes on ISIS.

Stepping up its contributions in the U.S.-led coalition against ISIS, Turkey has expressed determination to fight the militants by carrying out its first-ever airstrikes on their positions in Syria since the coalition was formed after a spillover of the ISIS violence from Syria with last week's Suruç suicide bomb attack that killed 32 people. Barzani issued a statement late Sunday, saying: "The agreement between Turkey and the U.S. in striking ISIS is an important step for us. … Turkey's military involvement in this war carried out by a U.S.-led alliance will dramatically change the state of affairs."

İdris Nassan from the Kobani administration said the operation is "a very pleasing step for the fight against terrorism."

Besides its campaign against ISIS, Turkey hit five PKK camps in the Qandil Mountains in northern Iraq early Saturday in an apparent reciprocation of the escalating violence committed by the militants that has reached an alarming level since ISIS penetrated Turkey with the Suruç attack. The attack was followed by the killing of two officers, for which the PKK claimed responsibility. The two incidents prompted the government to carry out operations both at home and across its borders against any terrorist group it says poses a threat to its national security.

Barzani, speaking in a phone conversation with Prime Minister Ahmet Davutoğlu on the day the Air Force hit PKK camps, also expressed his support for the operation against the PKK, Davutoğlu said in Saturday's press conference. Davutoğlu further added that the operations would continue "as long as the threat remains."

Although the media is abuzz with talks that Ankara has put the Turkey's security in jeopardy by ending the cease-fire that has been in effect for roughly two-and-a-half years, the PKK had already announced the end of the cease-fire on July 11 before the Suruç suicide bomb attack.

KRG Prime Minister Nechirvan Barzani who recently expressed reservations regarding the presence of the PKK in the Qandil Mountains, citing its being KRG territory, on Saturday said "the attacks came after the PKK announced they ended the cease-fire," in a veiled justification of Turkey's striking PKK camps. He also said the KRG was ready to adopt a role as a mediator in order to enable a cease-fire between the sides again. President Barzani in his Sunday statement also urged Ankara and the PKK to return to the negotiating table and to resume the cease-fire.

While he praised Ankara's efforts in the reconciliation process it pursues to end the conflict with the PKK, he accused the PKK for failing to utilize the opportunities provided by Ankara.

The PKK released a statement following the airstrikes that said: "The cease-fire has lost its meaning after the intense bombing."

Since the PKK's announcement of the end of the cease-fire, militants have been engaged in vandalism such as blocking the roads, setting vehicles on fire, kidnapping and launching attacks on security officers, but also ratcheting up the violence going further to killing five police officers, one soldier and two civilian. The PKK has not always abided by the cease-fire completely, as it violated the conditions on and off while it was in force. But the government did not respond to occasional offences committed by the militants to refrain from hurting the fragile reconciliation process.

The process, which aims to end the decades-long conflict between the PKK and the state, was thought to be finally close to reaching a conclusion when the PKK's imprisoned leader, Abdullah Öcalan, exerting his influence, called for a congress to discuss abandoning arms, a call that was never brought to fruition.

Despite the call, the PKK resisted laying down arms even after the pro-Kurdish Peoples' Democratic Party (HDP) passed the 10 percent national election threshold and entered Parliament, casting doubts over sincerity in pushing the process forward.

President Recep Tayyip Erdoğan on Friday said: "Those who don't lay down arms face the consequences." He made the remarks on the day a sweeping operation was conducted targeting ISIS, the PKK and the Revolutionary People's Liberation Party-Front (DHKP-C).

"It is time for everyone to come to their senses. We could not remain silent over the killing of two police officers," Davutoğlu said on Saturday, adding that it was a critical time for the HDP to make a choice between democracy and arms.
Last Update: Jul 27, 2015 8:14 pm
RELATED TOPICS