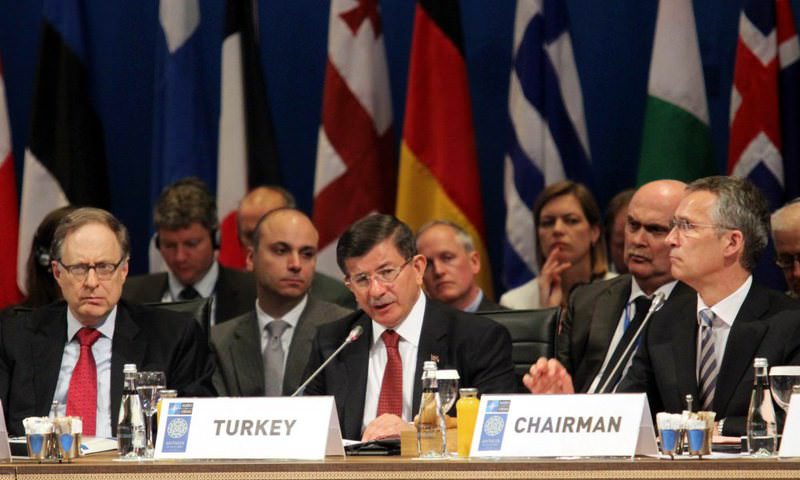 Under Article 4 of the NATO treaty, any member country can request consultations whenever it feels its security is under threat.

Stoltenberg said in an interview with the BBC World TV on Sunday: "When Turkey requests such a meeting I think it's very right and very timely to have a meeting where we address the turmoil and the instability we see in Syria, Iraq and surrounding and close to the NATO borders of Turkey.

The NATO chief said he had spoken to Prime Minister Ahmet Davutoğlu expressing condolences for the loss of life in the attacks.

He said he "also commended him and Turkey for stepping up their efforts to fight [the Islamic State of Iraq and al-Sham, or ISIS] and to fight terrorism and to also increase control over their borders and to stem the flow of foreign fighters."

The Ministry of Foreign Affairs published a press release on Sunday regarding its call to NATO. "In the wake of increased security threats following the attacks against our security and law-enforcement forces in the provinces of Diyarbakır, Şanlıurfa and Kilis, in particular the terrorist attack that took the lives of 32 innocent Turkish citizens in Suruç on July 20, 2015, all necessary measures are being taken and in this context, operations are also being carried out by the Turkish Armed Forces," the ministry said in the statement.

Touching on Turkey's efforts to cooperate with its allies, the ministry said that Turkey has informed the U.N. Security Council, and continues to inform international organizations.

"After these recent attacks and threats directed against our national security, the North Atlantic Council has been called for a meeting by Turkey next week under Article 4 of the Washington Treaty with a view to informing our allies about the measures we are taking and the operations we are conducting against terrorism, as well as to holding consultations with them," further detailed the statement.

Furthermore, the White House strongly condemned the PKK's recent terrorist attacks and called on the organization to renounce terrorism and re-engage in peace talks with Turkey in a statement released Saturday night.

The statement was issued following Turkish airstrikes against PKK strongholds in northern Iraq last night, the first attack in the last two-and-a half years of such magnitude. Turkey also launched attacks for the second day against ISIS.
Last Update: Jul 27, 2015 8:53 pm
RELATED TOPICS