PM Davutoğlu: Those who defend terrorism should be penalized 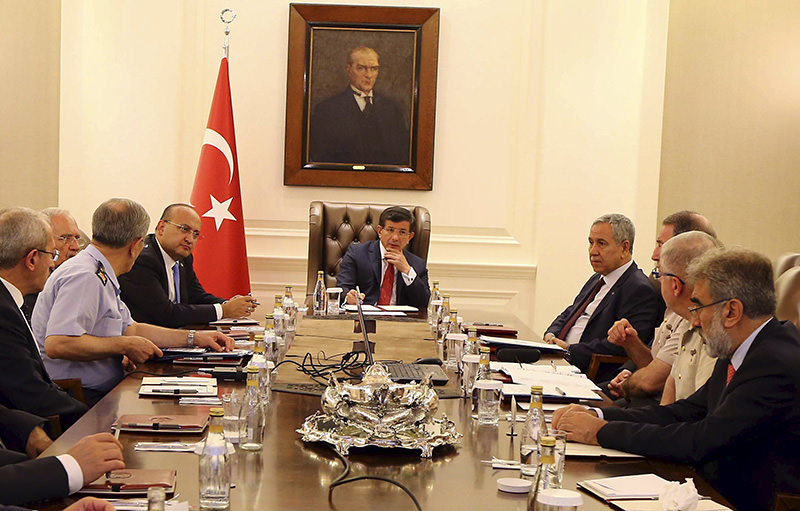 Turkish PM Ahmet Davutoğlu said on Monday that those who defend terrorism should be penalized , during a special interview on A Haber news channel.

"Turkey is not the Turkey of one week earlier. Everyone should watch their step." said PM Davutoğlu, evaluating the recent anti-terror operations. Emphasizing that Turkey only targets those who targets it, Davutoğlu added "The strikes against ISIS, PKK and even DHKP-C have been the voice of Turkey, democracy and legitimacy."

The delegation under the presidency of Defense Minister Vecdi Gönül visited on Monday the leaders of Republican People's Party (CHP) and Nationalist Movement Party (MHP) to inform them about the latest anti-terror operations. However, HDP was left out of the visiting program.

On the matter, Davutoğlu said, "HDP might ask why we did not invite them to the talks. They must choose their side, for us to inform them. Are they siding with terror or are they on Turkey's side?" The prime minister further added that this uncertainty prevents the government from sharing information with the HDP in case of leaked information.

Stating that he is against the closure of political parties on principal, Davutoğlu said "People who are involved with terrorist acts and defend terrorism should be penalized, not institutions or parties. I do not think that closing a party is the solution."