Turkey, US to create ISIS free zone in Syria 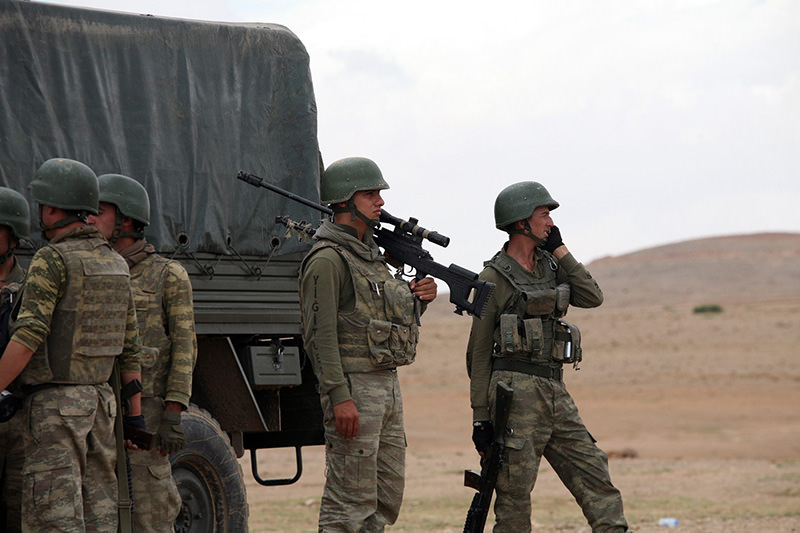 by Compiled from Wire Services Jul 27, 2015 12:00 am
The United States and Turkey have agreed to work together to clear the self-proclaimed Islamic State of Iraq and al-Sham (ISIS) group from northern Syria, a senior US official said Monday.

"The goal is to establish an ISIS-free zone and ensure greater security and stability along Turkey's border with Syria," the official told AFP.

The U.S. has long rejected Turkish and other requests for a no-fly zone to halt Syrian government air raids, fearing it would draw U.S. forces further into the civil war.

On Sunday, Turkey called a meeting of its NATO allies for Tuesday to discuss threats to its security, as well as its airstrikes.

It was not immediately clear how an ISIS-free zone would be established along the Turkish-Syrian border. In comments published Monday, Turkish Prime Minister Ahmet Davutoğlu said Turkey and the United States had no plans to send ground troops into Syria but wanted to see Syria's moderate opposition forces replace ISIS near the Turkish border.

Turkey's Foreign Minister Mevlüt Çavuşoğlu, who spoke to reporters on Monday during an official visit to Lisbon, Portugal, said he would inform Turkey's NATO partners about the security threats his country is facing at the Brussels meeting Tuesday. "We expect solidarity and support from our NATO allies," he said.

A Turkish official said Turkey and the US were discussing "the formation of a de-facto safe zone" which would facilitate the return of Syrian refugees from Turkey. He said Turkey, was prepared to provide all necessary assistance to the zone, including "air support."

He would not elaborate or say where the zone would be located, citing operational concerns. He requested anonymity because he was not authorized to speak publicly on the issue.