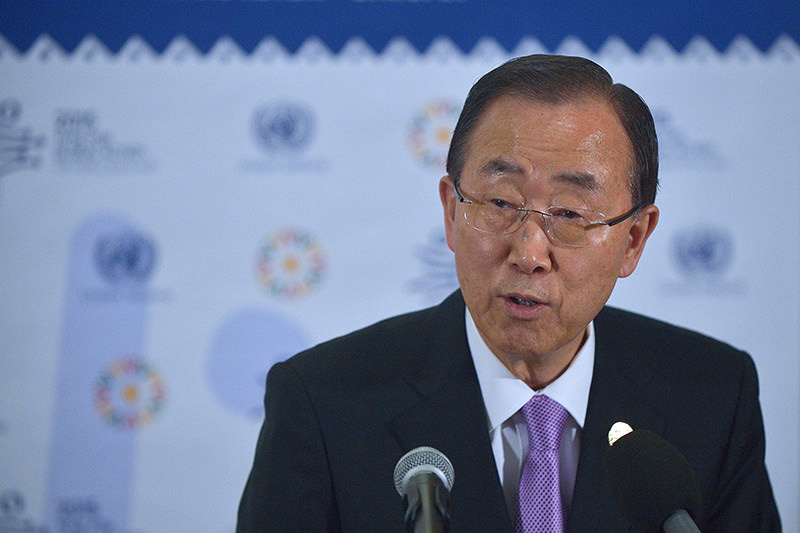 | AFP Photo
by Anadolu Agency Jul 28, 2015 12:00 am
UN Secretary-General Ban Ki-moon on Monday offered sympathy to Turkey after a recent wave of attacks.

His spokesman said the UN chief "expresses his deepest condolences to the government and people of Turkey in the face of recent violent terrorist attacks".

Turkey is grappling with a string of attacks by the self-proclaimed Islamic State of Iraq and al-Sham (ISIS) and the terrorist PKK. The latest wave of violence started when 32 people were killed in southern Şanlıurfa province on July 20 in a suicide attack by a man linked to ISIS.

Turkey has carried out a wave of arrests of members of both groups and conducted air strikes against ISIS and PKK targets in Syria and Iraq respectively.