HDP leader who says ‘I lean my back on PKK’ must be brought to book: Deputy PM Akdoğan 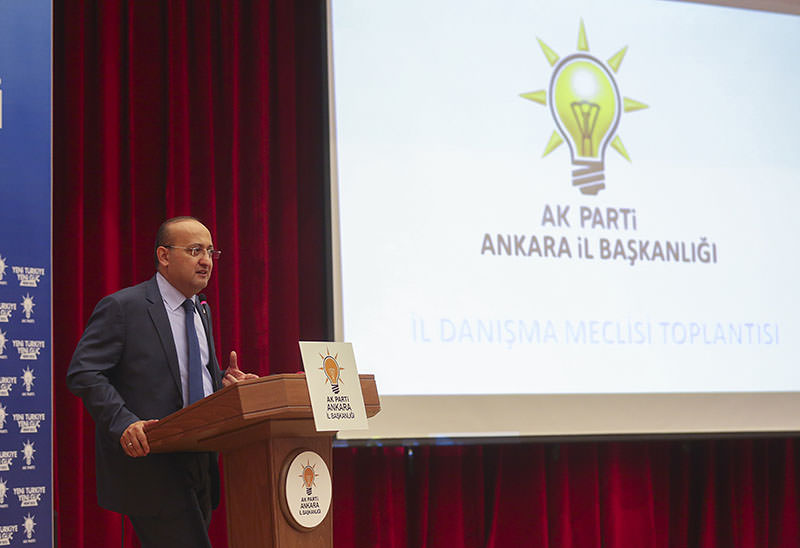 | AA Photo
by Daily Sabah Aug 01, 2015 12:00 am
Deputy Prime Minister Yalçın Akdoğan said that whoever say that they lean their backs on terrorist organizations, must be brought to book, referring to pro-Kurdish People's Democratic Party (HDP) co-chair Figen Yüksekdağ's recent statement that HDP relies on the protection of Democratic Union Party (PYD) and its armed wing Syrian Kurdish militia YPG as well as its female branch, YPJ. Akdoğan made the comments during an AK Party meeting in Turkish capital Ankara on Saturday.

On July 19, Figen Yüksekdağ said, "We lean our back on YPJ, YPG and PYD and we do not see any harm in mentioning and defending it," in which she meant HDP relies on the protection of the aforementioned groups.

Yüksekdağ, who co-chairs the HDP with Selahattin Demirtaş, has now been accused of "making propaganda for a terrorist organization". The PYD Kurdish militia is affiliated to the Kurdistan Workers' Party (PKK), which is considered a terrorist organization in Turkey as well as in the EU and U.S. If the investigation results in a criminal prosecution, the Şanlıurfa prosecutors' office said it would seek to revoke her parliamentary immunity.

Deputy PM Akdoğan commented on Yüksedağ's statement and said, "There is a treacherous gang in Turkey. All of them have linked arms."