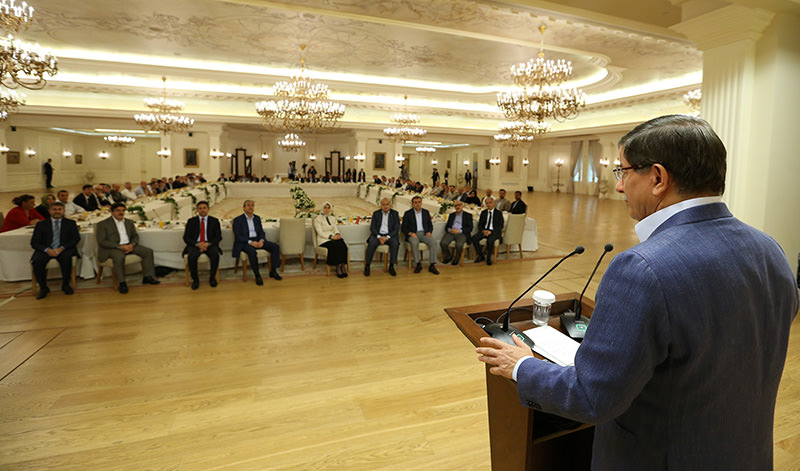 Davutoğlu's remarks came in a meeting regarding the recent terror incidents with non-governmental organizations from eastern and southeastern Turkey on Sunday in Ankara.

"While I was speaking with Demirtaş on July 15, the KCK (PKK's parent organization) ordered to start a civil war at the same time." Davutoğlu said.
Turkish Prime Minister said that the government is being accused on ending the non-conflict situation, and gave a timeline of escalation triggered by the PKK.

"Three or four days after the June 7 elections, a statement has been made, 'we only decide on non-conflict, no one can decide on laying down arms.' On July 9, President Erdoğan authorized me to form the government; on July 11 the KCK announced 'ceasefire period is over.' Suruç (bombing) had not happened yet; no conditions or expectations were present for an operation. While I was speaking with Demirtaş on July 15, the KCK ordered to start a civil war at the same time. On July 19, one day before Suruç bombing, (KCK leader) Cemil Bayık stated 'arm yourselves and be ready for people's war.' Who do you fight against, and with whom? In whose name, which war do you launch? Who gave you the instruction? From where did you receive the instruction to turn Turkey into Syria or Iraq?"