MFA: US decision to provide air protection in accordance with recent deal 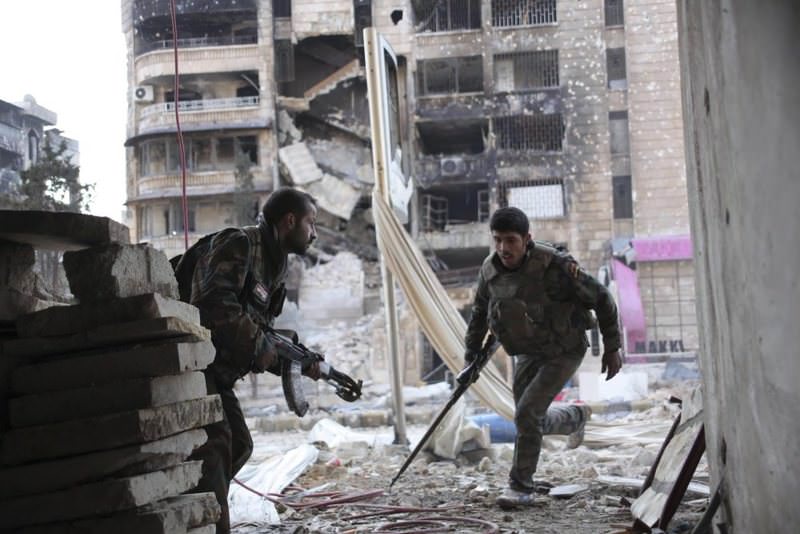 by Ali Ünal Aug 04, 2015 12:00 am
While U.S. Secretary of State John Kerry and Russian Minister of Foreign Affairs Sergey Lavrov meet in Qatar's capital Doha to discuss the future of Syrian President Bashar Assad's regime in Damascus, a senior U.S. official said the U.S. has decided to allow airstrikes to defend Syrian rebels trained by the U.S. military from any attackers including Syrian regime forces. Reuters reported on Monday that the U.S. official, speaking on condition of anonymity, confirmed that the U.S. would provide defensive support to repel any attackers. Sources from the U.S. Embassy in Ankara who spoke to Daily Sabah did not comment on the issue, however, they did not deny the claims in the news. Additionally, a high level source from the Ministry of Foreign Affairs told Daily Sabah that the issue of air protection is in accordance with the framework of the general agreement reached with Washington in recent weeks. "Providing air protection for opposition forces against all threats, including Assad's forces, was one of the areas that we have reached an agreement on with the U.S. and are now seeing implementation of this agreement," a senior Foreign Ministry source said.

The discussion about U.S. air protection for moderate Syrian opposition forces started with Foreign Minister Mevlüt Çavuşoğlu's remarks in May. In an interview with Daily Sabah Çavuşoğlu said there is a principle agreement between the U.S. and Turkey to protect opposition groups facing threats from the Syrian regime and the Islamic State of Iraq and al-Sham (ISIS). "They have to be supported from the air. If you do not protect them or provide air support, what is the point?" Çavuşoğlu said in response to a question of whether there is cooperation with the U.S. in providing air support for the forces from the train-and-equip program on May 24. On July 7-8 a large U.S. delegation including Under Secretary of Defense Christine Wormuth and Special Presidential Envoy Gen. John Allen visited Ankara and met with high-level Turkish officials from the Foreign Ministry, Turkish Armed Forces (TSK) and the National Intelligence Organization (MİT). After intensive negotiations Ankara and Washington agreed to establish a safe zone in Syria along the Turkish border to ensure security and stability, which is expected to cover a 110-kilometer area west of the Euphrates River to the province of Aleppo, and provide air protection to Syrian rebels.

From the Turkish perspective, the main purposes of the safe zone are to stop a new influx of refugees and to provide conditions for refugees in Turkey to return to Syria. Most recently President Recep Tayyip Erdoğan commented on the issue saying that creating a safe zone in Syria will provide the necessary basis for Syrian refugees to return to their country. "Our support for moderate opposition forces and cooperation with the coalition are very important in this context. The supply routes to the opposition forces need to be secure. What we also want is to allow refugees who want to return to their homes to do so. Turkey will do what is necessary to ensure that," he told journalists on Sunday on his way back from Indonesia.
RELATED TOPICS