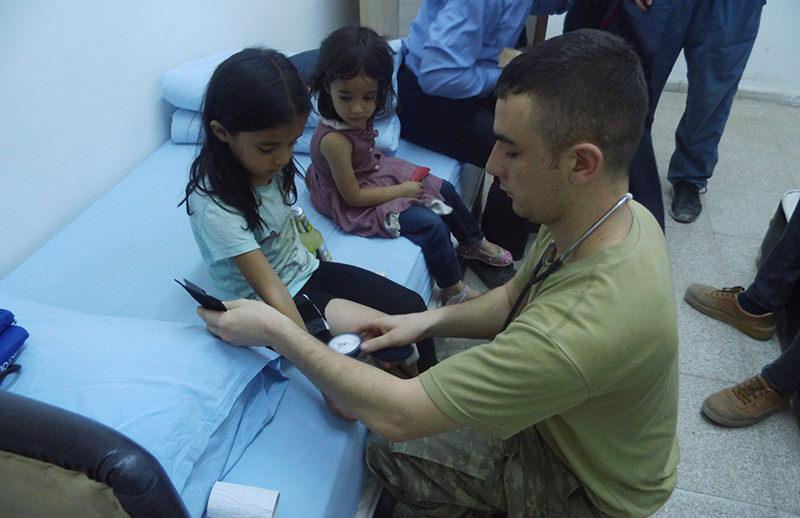 Turkish soldiers provided first-aid for Nurşin Buldan, and it was reported that her medical condition was not critical.

Formed in 1978, the terrorist group had been fighting the Turkish government for an independent state until the early 2000's. The group then shifted its goal to autonomy in predominately Kurdish inhabited regions of Turkey.The PKK announced on July 11 that the cease-fire which was declared via a message from the PKK's imprisoned leader Abdullah Öcalan in 2013 has ended.

The Turkish Air Force has been carrying out airstrikes against the PKK in northern Iraq and the ISIS militants in northern Syria.