US calls for end to PKK terror attacks in Turkey 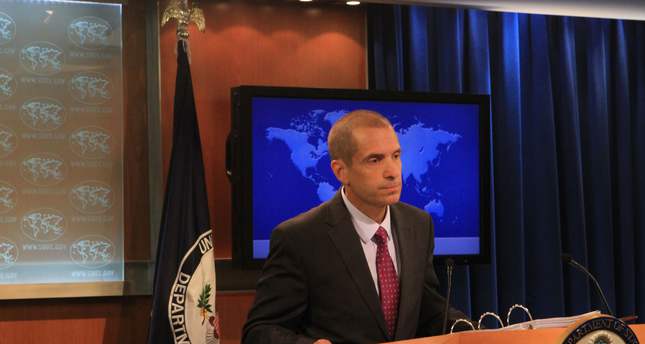 by Daily Sabah with AA Aug 05, 2015 12:00 am
The U.S. on Monday called for an end to a series of attacks in Turkey that have been committed by the PKK terrorist organization.

"We want to see these attacks cease; we want to see the PKK renounce violence and reengage in talks with the government of Turkey," State Department spokesman Mark Toner told reporters. "These attacks are only exacerbating the continuation of the cycle of violence here."

Turkish security forces have come under attack across the country since the July 20 Suruç bombing in southeastern Turkey which claimed 32 lives and injured more than 100 and was allegedly carried out by ISIS.

At least two Turkish soldiers were killed and 24 others were injured in a suspected suicide attack in Turkey's eastern Ağrı province early Sunday, which was committed by the PKK.

Separately, a Turkish soldier was killed and four others were injured when a landmine hit their patrol around the Kirkuk-Yumurtalık oil pipeline in Turkey's southeastern province of Mardin late Saturday, Turkish security sources said.

Following allegations that retaliatory Turkish military airstrikes killed at least eight civilians in northern Iraq, Turkey said Saturday that it would launch an investigation into the incident.

"We want to see the PKK stop its attacks against Turkey and then for the Turkish government to respond proportionately," Toner said.
RELATED TOPICS