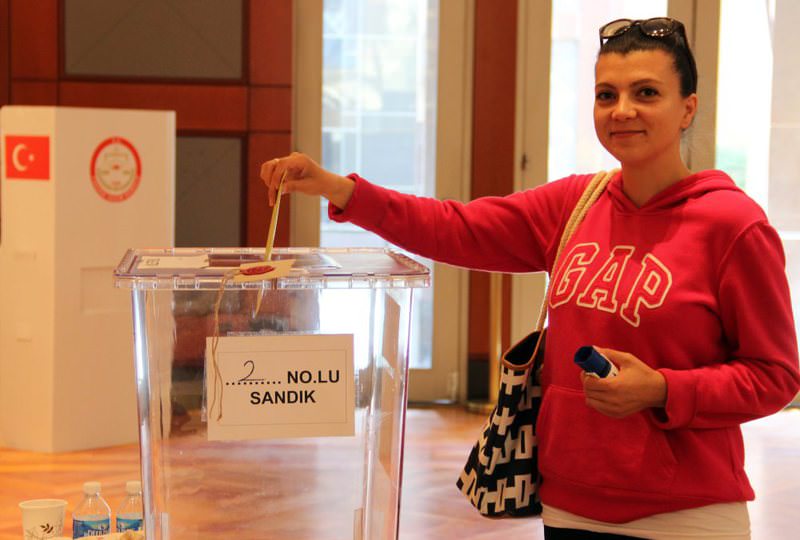 In the wake of terrorist activities resulting in the deaths of 20 police and military officers and six civilians along with HDP leaders' reluctance to clearly condemn the PKK, a recent survey has found that support for the pro-Kurdish party has decreased to 10.3 pct

A recently conducted public survey by the SONAR research institution, which is known to be pro-Republican People's Party (CHP), found that according to its results, the pro-Kurdish Peoples' Democratic Party's (HDP) votes would fall from the 13 percent it secured last time to 10.3 percent. Following the increased terror activities by the PKK that have resulted in the deaths of 20 security officers and six civilians and wounding more than 80 civilians, the HDP and its co-chair, Selahattin Demirtaş, have not used the term "the PKK" in a sentence condemning an attack. In this regard, Demirtaş and his party have been eliciting serious reactions from politicians and the public. Demirtaş's remarks are expected to hurt the party in case of early elections.

As Turkey is wrestling with forming a coalition government or heading to early elections, the survey found voting tendencies have started to change. It found that in the event of early elections, votes for the AK Party would increase to 43.5 percent, the CHP's votes would increase to 27 percent while the MHP would see a decrease in its votes to 15.5 percent and the HDP would decrease to 10.9 percent. The AK Party received the most votes in the June 7 parliamentary elections, receiving 40.87 percent of the vote. The CHP received the second most votes with 24.95 percent followed by 16.29 percent for the MHP and 13.12 percent for the HDP. The survey showed that the biggest regression in votes would be from the HDP, mostly due to increasing aggression against the outlawed PKK's terror activities in eastern Turkey and the HDP's statements diverging from peaceful discourse.
RELATED TOPICS