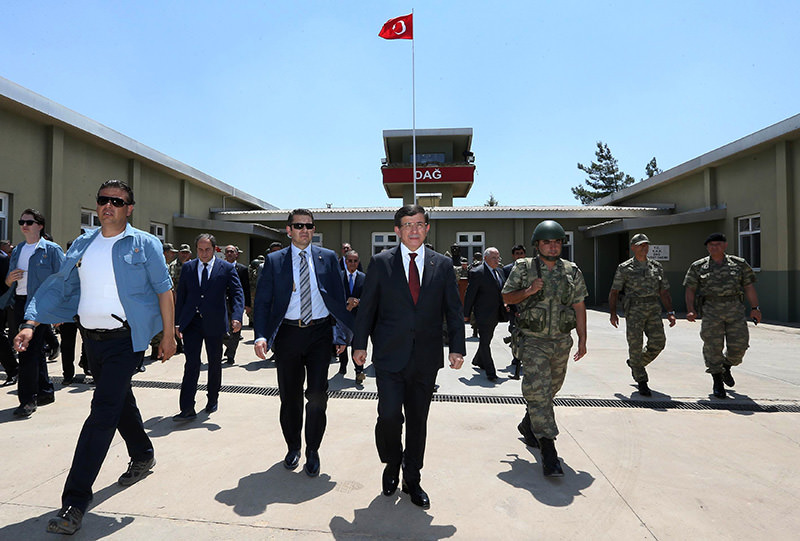 |EPA Photo
by Daily Sabah Aug 08, 2015 12:00 am
Prime Minister Ahmet Davutoğlu has visited and made investigations on Saturday in Turkey's southeastern Kilis province on the Syrian border, where a border military post in Elbeyli district was attacked by ISIS terrorists from the Syrian side and a Turkish soldier was killed.

Following his inspections on the border line, Davutoğlu had lunch with the soldiers at the border post and talked to locals.

Davutoğlu left for Gaziantep province after his visit to Kilis to offer his condolences to the killed soldier's, Yalçın Nane, wife and family. Prime minister has left Gaziantep to visit Şanlıurfa's Ceylanpınar district, where two police officers were killed by PKK terrorists on July 21.

In Ceylanpınar, Davutoğlu addressed people who gathered for his visit. During his speech he stressed that there is no difference between ISIS and PKK terror organizations. He said "ISIS wants this fight to reverberate in Turkey, that's why they detonated the bomb in Suruç. PKK wants the same. Three days after the bombing they [PKK] shot two of our brothers in a way we will never forget."