Turkey not to let its struggle against PKK terror cut loose 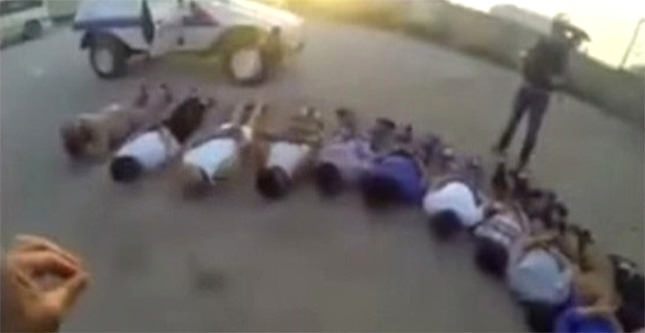 by Daily Sabah Aug 08, 2015 12:00 am
Turkey's Prime Ministry have launched an investigation into a video footage showing a police officer shouting and making political remarks beyond his authority at suspects lying on the ground.

The related video shows an officer, who seems like a high-rank special operations police, shouting at more than a dozen suspects lying on the ground. Although it is not confirmed, the officer's remarks and social media comments point out to the fact that the video was shot in eastern Turkey and after a round-up of PKK suspects. "You will see the strength of the Republic of Turkey. I know all of you. Those who commit treason, those who betray, will see their response. What have this state done to you? You will see the strength of Turks" the officer shouts.

The video received both positive and negative reactions in social media circles, although a considerable amount of people posted that this was a provocation. In earlier cases, there were allegations and footages on officers linked with the Gülen Movement provoking incidents in eastern Turkey to weaken the government.

"As a video depicting our citizens laid on the ground within the scope of counter-terrorism operations is in circulation in social media, our Prime Minister (Ahmet Davutoğlu) has given immediate order to the Ministry of Interior to conduct necessary investigation" Prime Ministerial sources said on Saturday.

"Our Prime Minister, who emphasized multiple times that the struggle against terror will be conducted without concessions and within rules of a democratic state of law, also underlines that any unlawful practices will not be tolerated" the statement added.

Necessary explanations will be made public once the investigation is through, the statement said.
Last Update: Aug 08, 2015 6:03 pm
RELATED TOPICS