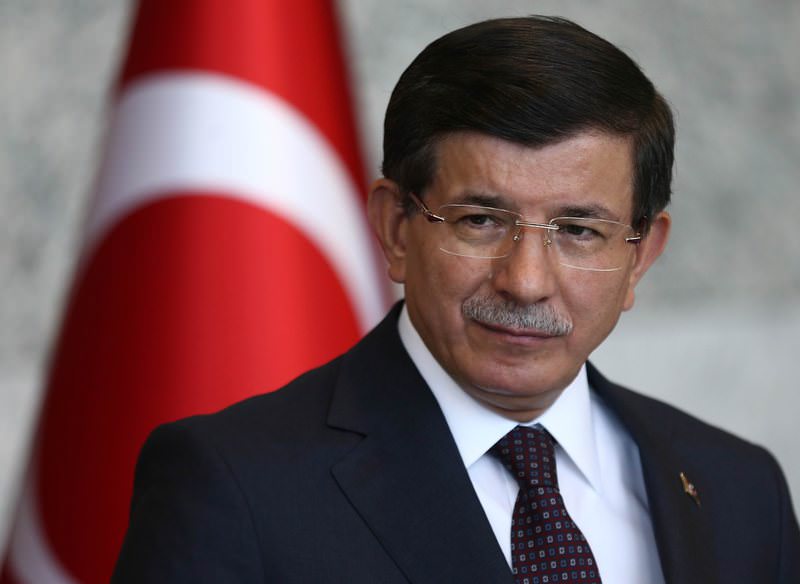 by Daily Sabah Aug 09, 2015 12:00 am
Prime Minister Ahmed Davutoğlu called on the leaders of all political parties on Sunday to take a mutual stance on PKK's disarmament and ensure public order while protecting democracy.

Davutoğlu relayed that the two leaders will also discuss these issues, in addition to government partnership, in the meeting with Republican People's Party 's (CHP) leader Kemal Kılıçdaroğlu on Monday as part of the second round of coalition talks.

Commenting on his visits to Gaziantep and Şanlıurfa, Davutoğlu expressed his sorrow for the fallen soldiers in PKK's and ISIS' violent attacks. In his successive tweets, Davutoğlu said that he was proud of all Turkish soldiers who have fought and continue to fight bravely against terrorism. He also tweeted about soldier Mehmet Yalçın who died in ISIS' military post attack in Elbeyli and the two police officers Feyyaz Yumuşak and Okan Uçar who were killed by the PKK in Ceylanpınar.

Davutoğlu also tweeted that the state has the power to defy all kinds of threats and troubles thrown at it.

Prime Minister Ahmet Davutoğlu had visited and made investigations on Saturday in Turkey's southeastern Kilis province on the Syrian border, where a border military post in Elbeyli district was attacked by ISIS terrorists from the Syrian side and Turkish soldier Mehmet Yalçın was killed.

Davutoğlu then went on to Kilis to offer his condolences to the killed soldier's, Yalçın Nane, wife and family. He also visited Şanlıurfa's Ceylanpınar district, where two police officers were killed by PKK terrorists on July 21.

The Turkish PM had also chaired the security meeting held in Ankara on Friday and had called for more effective combat against terrorism, first and foremost against the PKK, ISIS and DHKP-C. In the meeting, he had emphasized Turkey's determination about the fight against all kinds of terrorism.