HDP Deputy attends funeral ceremony of PKK terrorist, says they will stand up for the 'martyrs' 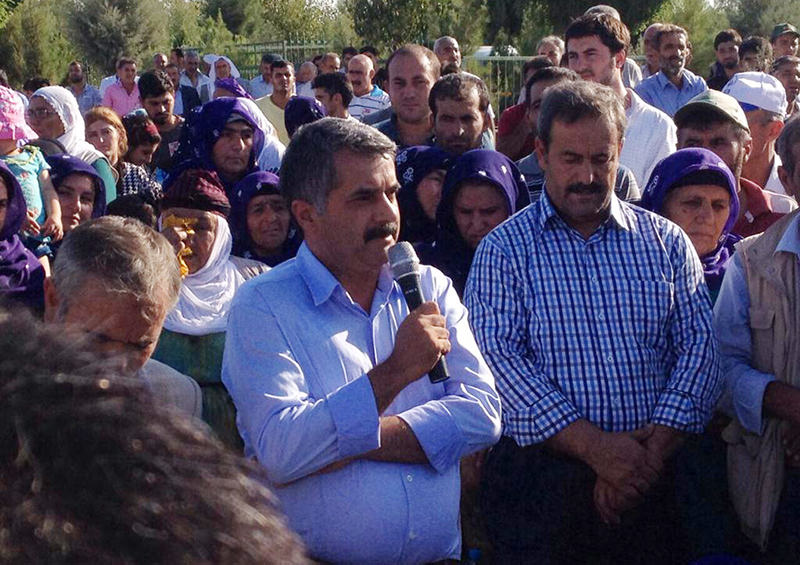 Ziya Çalışkan, who is a deputy from southeastern Şanlıurfa province, attended the funeral ceremony of one of the two PKK terrorists, Ali Baybariz, who attacked the police station in Adana, despite the HDP's claims that they do not support the terrorist organization.

"Each martyr that we bury is an oath and vow for us," Çalışkan said while trying to console the terrorist's weeping mother.

He pledged that they will "live for the honor" of the so-called martyrs, who carry out terrorist attacks throughout the country and have put an end to the country's reconciliation process.

"Be it Kenan Evren, Tansu Çiller or Atatürk, they do not get the point," Çalışkan said, blaming the current wave of terror attacks on the state.

The party has been criticized for refraining to condemn the terrorist attacks. For instance, HDP's co-spokesman and İzmir Deputy Ertuğrul Kürkçü said that PKK terror attacks on Turkish security forces are not "a matter of condemnation" in a live broadcast on BBC on August 6.

Another HDP deputy, Abdullah Zeydan made provocative statements and threatened Turkey by saying that the terrorist organization PKK has the power to "suffocate Turkey with its spit."

On August 8, the leader of Turkey's pro-Kurdish party called on Saturday for the terrorist PKK group to "remove its finger from the trigger" and for the government to launch talks.