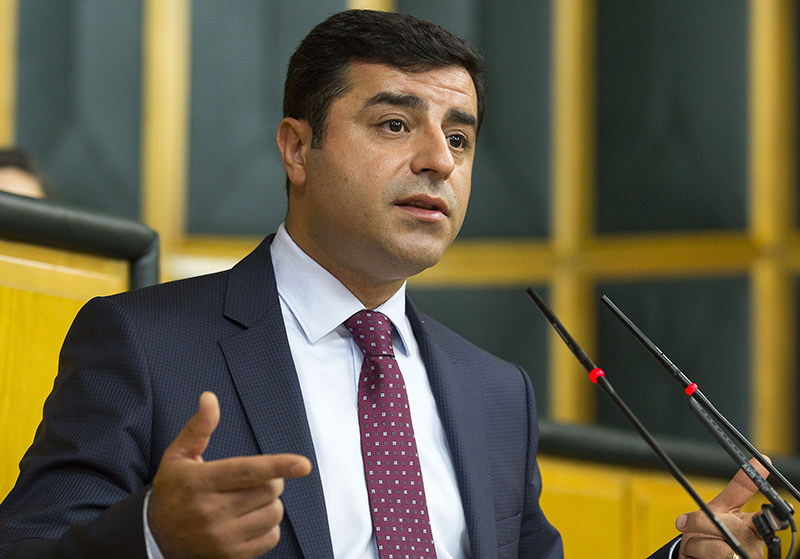 Erdoğan's team of lawyers, Fatih Şahin, Burhanetin Sevenan and Muammer Cemaloğlu, filed two separate lawsuits, demanding 70,000 Turkish liras (or around $25,000), from Demirtaş at a court in Ankara on Tuesday.

The charges against Demirtaş stem from his remarks that he allegedly made against Erdoğan at an HDP group meeting on July 28 and during a visit at the headquarters of the Socialist Party of the Oppressed in Ankara after the July 20 Suruç incident in southeastern Turkey that left 32 people dead.

Demirtaş was accused of not taking into account the public's interest while criticizing and "violating President Erdoğan's personal rights.

"These statements are vulgar. I want to express that the presidency is a very high position and should not to be dishonored like this," President Recep Tayyip Erdoğan had previously said in response to Demirtaş's allegations.

On July 28, Selahattin Demirtaş blamed President Erdoğan on the Suruç bombing. The attack targetted leftist youth organizations who had gathered in the southeastern town for a campaign to rebuild Kobani, the Syrian town liberated from ISIS by Syrian Kurdish forces.
According to the petition, Demirtaş's comment on remarks made by Nationalist Movement Party (MHP) leader Devlet Bahçeli was also an act of "invectiveness" against Erdoğan.