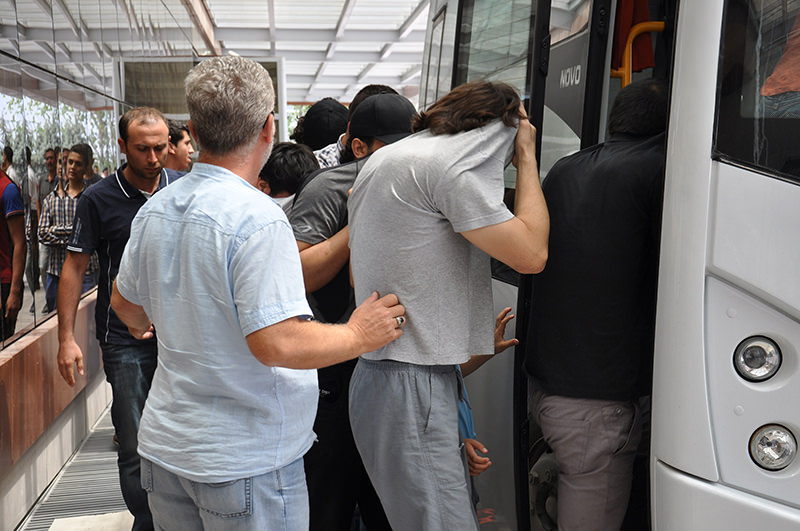 The foreigners include Indonesian, Russian, Chinese, Ukrainian and Xinjiang Autonomous Region of China nationals. Women and children were also among the detainees, who were held during multiple operations in the southern Kilis province, bordering with Syria, the sources added.

The foreign nationals underwent medical exams at the Kilis State Hospital before being sent to the Foreigners' Office, a special branch of the Turkish police, for deportation, they added.

The operation was carried out by the police's Counter-Terrorism Unit.

In recent years, Turkey has adopted a host of security measures focusing on border regions to prevent foreign fighters from entering Syria.

More than 1,000 people suspected of trying to join groups like ISIS have been denied entry to Turkey since early 2014, while the number of people on the "restricted list" have topped nearly 16,000 since it was introduced in 2011. The list includes nationals from 108 countries.

According to the Prime Minister's Office of Public Diplomacy, which shared official factsheets with Anadolu Agency in July, the measures serve the preemptive goal of stemming the flow of foreign fighters at the earliest stage possible. The office says Turkish authorities have defined it as a primary goal to get hold of militants as they try to enter Turkey.

The measures indicate a multi-pronged approach, including the establishment of Risk Analysis Units at custom gates and transportation centers. The units, which are currently deployed, aim to bolster capacity for security checks on incomers.

At the border, the Turkish Armed Forces are taking extra measures to prevent foreigners from joining clashes in Syria.

Troops have dug 365-kilometer long ditches, and a 270-kilometer stretch on the border has been illuminated to make patrolling more effective.