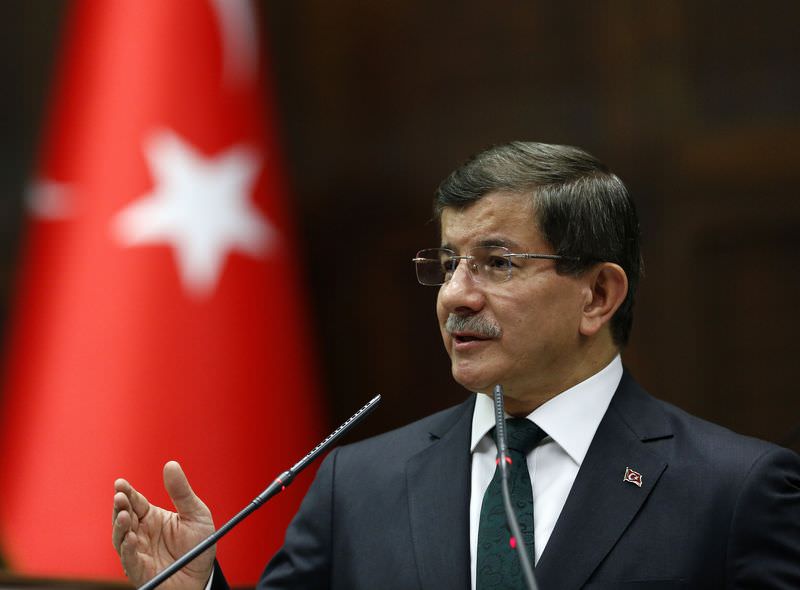 "This is very unfair assessment and I categorically reject this," Davutoğlu said.

Davutoğlu emphasized that Turkey was against all terrorist groups because they pose a threat to Turkey more than any other country.

"Turkey never, ever supported ISIS or any group linked to ISIS," he added.

In response to a question about sending Turkish troops to Syria, Davutoğlu said that the Turkish state will utilize all forces to protect the national security of the country. "If there is a threat directed against Turkey's interests and our country, certainly" he said, adding that perpetrators will be punished.

The Turkish premiere also said that Turkey welcomed refugees who escaped from those terrorist groups' atrocities.

"Turkey is now a destination of freedom for two million people from Syria," he said.

When asked about the progress on a possible coalition government, Davutoğlu said his ruling Justice and Development (AK) Party have held "lengthy consultations" with the leftist Republican People's Party, which came second in June 7 general elections in Turkey.

"There is no choice without AK Party," Davutoğlu said, underlining that the AK Party received 41 percent of overall votes.

BBC also quoted the Turkish PM on its website as saying during the partly televised interview that Turkey will push again for a no-fly zone over Syria and a "safe area" is needed.

More than 1,300 people have been detained in a recent wave of counter-terrorism raids in Turkey since the ISIS-suspected July 20 deadly blast in southeastern Şanlıurfa province that killed 32 people.

Turkish officials have said that Turkey will soon begin to participate in coalition airstrikes against ISIS.

The U.S. began flying armed missions from the strategic Incirlik Air Base in southeastern Turkey last weekend, and carried out the first unmanned airstrike from the facility last Tuesday.

Over the weekend, the U.S. sent a contingent of six F-16s, and 300 American personnel to the base.