Turkey, US ready to begin counter-ISIS strikes after 'pause': official 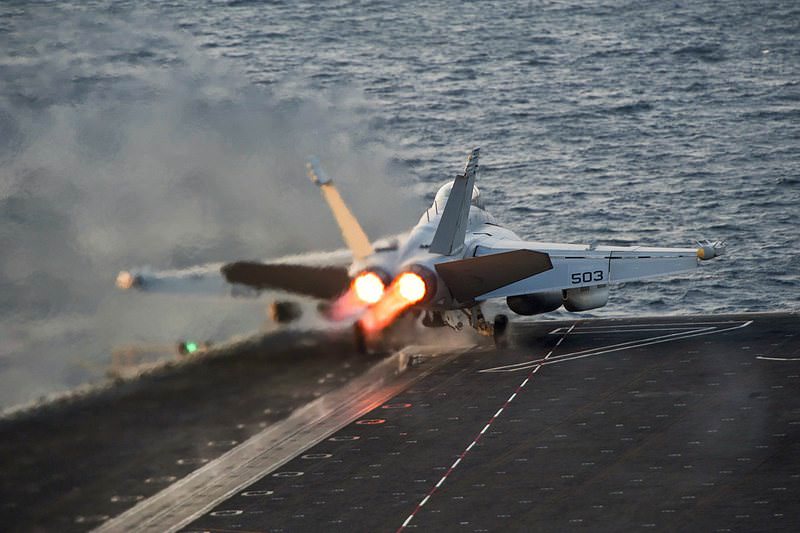 by Aug 12, 2015 12:00 am
Turkey is ready to begin operations against ISIS militants along with its NATO ally the United States after a "pause" for coordination purposes, a Turkish foreign ministry official said on Wednesday.

Ankara launched its first air strikes against ISIS targets in late July but then put them on hold, instead concentrating its firepower on PKK militants in operations that have troubled some allies.

But the Turkish official said the counter-ISIS operations had been put on hold at Washington's request so that they could be carried out jointly.

"Turkey and the United States will coordinate operations," the official said on condition of anonymity, without giving a timeframe.

"From our perspective, there has been a pause right now as Americans asked to wait for coordination purposes."

Last month, Turkey agreed to open up its Incirlik air base in southern part of the country to coalition planes for bombing ISIS targets in Syria.

The deal followed months of tough negotiations, as U.S. officials sought to overcome Ankara's reluctance to take robust action in the counter-ISIS coalition.

"The (U.S.) planes are arriving at (Incirlik), which is an indicator of the fact that the agreement reached with the United States is working," the official said.

"More planes will arrive. The number will increase in the coming period," the source added.

Brett McGurk, deputy U.S. envoy for the counter-ISIS coalition, wrote on Twitter that he was in Ankara for talks with Turkish officials "to advance our joint cooperation" against the terrorists.

The Turkish official also insisted Ankara and Washington were in agreement on the creation of a so-called safe zone in Syria which would be clear of both ISIS and Syrian Kurdish fighters.

Deputy State Department spokesman Mark Toner said Tuesday: "There's no zone, no safe haven," in apparent contradiction to Turkey's insistence this was a key part of their agreement.

Ankara is hoping the safe zone will be secured with the help of rebels trained under a "train and equip" programme with the United States which got off to a rocky start when several of its graduates were kidnapped inside Syria by ISIS.

"The numbers are increasing and lessons are being learnt from past experiences," the Turkish official said, adding numbers were almost double the initial intake of 54 rebels.

Al-Qaeda's Syria affiliate Al-Nusra Front announced a surprise withdrawal from its front lines against its rival ISIS in areas along Syria's northern border with Turkey.

"Nusra has begun a withdrawal... we have reasons to be optimistic," the Turkish official said, adding that the train-equip programme would continue and stopping it was "off the agenda"