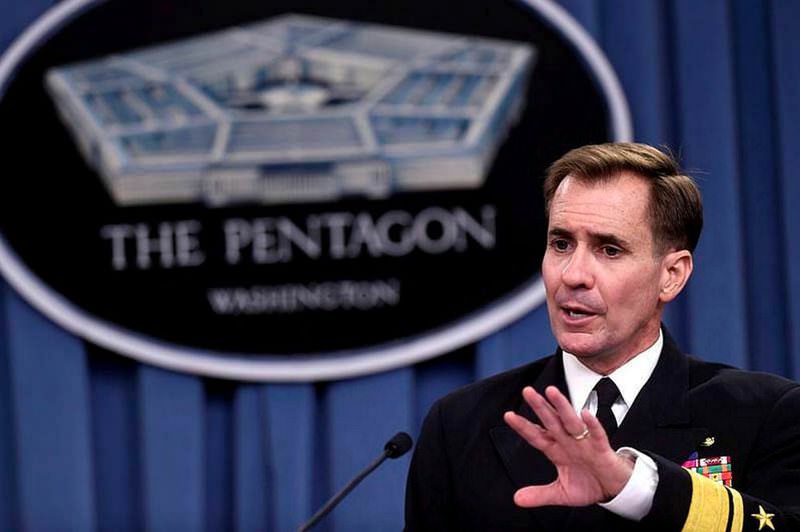 Amid terrorist attacks in Turkey, U.S. State Department spokesman John Kirby has said that Syria's territorial integrity will not change and reiterated the U.S.'s support for operations against the PKK, calling on the terrorist organization to cease attacks

U.S. State Department spokesman John Kirby on Monday made statements in the daily press briefing with regard to Ankara's operations against the PKK and territorial integrity of Syria, expressing further backing for the operations aimed at eradicating terror across the country. In addition, Kirby reiterated the U.S.'s intention to preserve the territorial integrity of Syria.

Upon the question of whether the U.S. government is frustrated with Ankara concerning the retaliatory operations against the PKK, Kirby underlined the support for Turkey, saying "Turkey has a right to defend itself against terrorist attacks."

Touching upon the speculations over civilian deaths following Turkish operations, Kirby further expressed assurance, stating "We've made it clear that our expectation is that Turkey is going to take the necessary steps to prevent any civilian casualties and to act in accordance with international humanitarian law."

On another issue with reference to the violence committed by the PKK, Kirby called for the terrorist organization to end its attacks. "I would add that we continue to call for the PKK to cease their attacks, to return to a political process here," he said.

Recently, there have been accusations in the Western media that Ankara has launched operations on the PKK targets using the efforts against the Islamic State of Iraq and al-Sham (ISIS) as a cover. When asked whether the U.S. government is worried about it, Kirby stated: "As I said, and we talked about this over a week ago, their attacks on the PKK are as a result of attacks they are suffering by this terrorist group inside Turkey. I've already said we've called on them to do what they can to prevent civilian casualties, to act in accordance with international law."

Furthermore, John Kirby touched upon the situation concerning Syria's territorial integrity as well. Mentioning the close cooperation between two states, Kirby said: "We continue to have conversations with them [Turkey] about how best to bolster security in the region and to achieve a common objective here. And we've also said and have been very clear that we're not interested in doing anything that's going to change the territorial integrity of Syria."

In one of his recent statements, Kirby said that the U.S. has long recognized Turkey's recent counter terror operations as a right of defense. "Turkey has continued to come under attack by PKK terrorists, and we recognize their right to defend themselves against those attacks. I recognize that in some cases, the PKK has fought against ISIS, but they are a foreign terrorist [FTO] organization; we've designated them that as an FTO. And our fight against ISIS is not in cooperation with, coordination with or communication with the PKK," he said, adding that Turkey's ongoing operations against the PKK would not weaken the U.S.'s determination to fight ISIS.U.S. Congressmen, and both Democrats and Republicans, have also indicated their support for the fight against the terrorist organization. In addition to the Congressmen, White House deputy spokesman Eric Schultz on July 29 made a statement, condemning the PKK and giving Ankara full support. "We condemn the PKK's attacks. … It is a foreign terrorist organization [and] we respect Turkey's rights to defend itself," he said.

As if someone pressed a button, ISIS, PKK and DHKPC terror organizations all at once stepped into action, Prime Minister Ahmet Davutoğlu has recently said during his meeting with NGOs in Turkey's southeastern province of Şanlıurfa.

Davutoğlu pointed out how all three-terror organizations share a single objective: to carry Turkey into a fight with each other. "We are standing here until doomsday," he said, stressing that Turkey will not give up in its fight against terrorism.
RELATED TOPICS