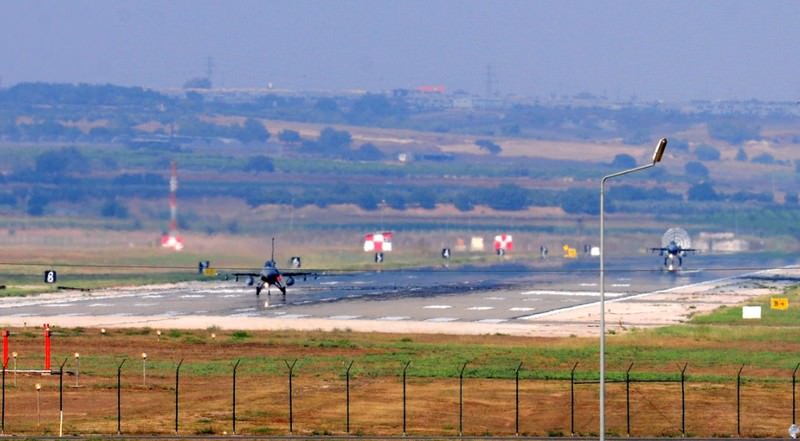 by Daily Sabah Aug 13, 2015 12:00 am
The Free Syrian Army has advanced against ISIS for the first time since January 2014 on Thursday following Incirlik based airstrikes that started on August 12.

Coalition forces have bombed ISIS holdings in Syria's Toybuk, Um Nahr, Um Hosh and Soran guni districts, which are located right across Turkey's south-central Kilis province according to local media reports. The Jabhat al-Sham forces affiliated with the Free Syrian Army and Turkmen forces have reportedly started attacking ISIS from Harjala village and were able to drive the terrorist organization back two kilometers.

The United States launched its first manned air strikes against ISIS targets from the Incirlik Air Base in Turkey on Wednesday, the U.S. military said. However, Turkey's Foreign Minister Mevlüt Çavuşoğlu stated that no U.S. aircraft took off from Incirlik participated in Wednesday night's airstrikes and they conducted reconnaissance flights.

In a statement to Daily Sabah, an official from the Command Joint Task Force - Operation Inherent Resolve (CJTF - OIR) said that the United States on Wednesday began flying manned counter-ISIS missions from the Incirlik Air Base, Turkey. CJTF added that strikes were conducted.

"These missions are part of Combined Joint Task Force-Operation Inherent Resolve, and the strikes will be included in CJTF-OIR's daily strike updates," the statement added.

"This follows Turkey's announcement last month that it would open its bases to the United States and coalition members' air operations against ISIS, as part of deeper U.S.-Turkey counter-ISIS cooperation.