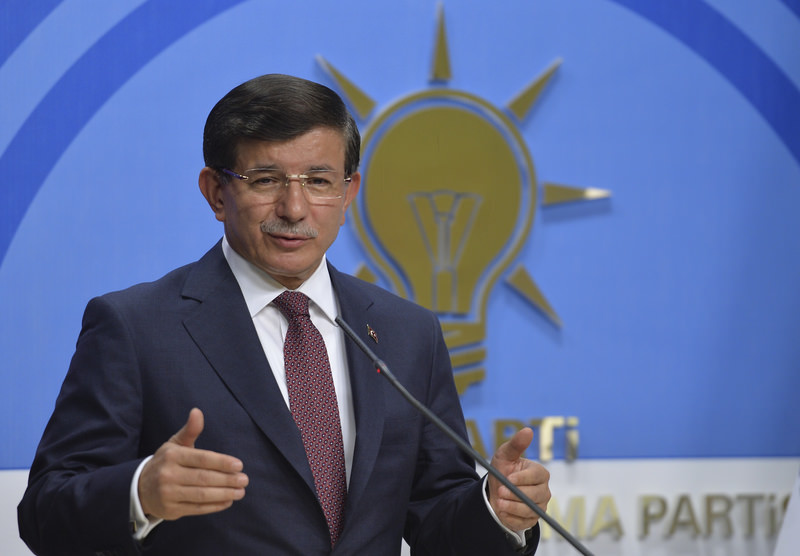 by Anadolu Agency Aug 14, 2015 12:00 am
Justice and Development (AK) Party denied Thursday that the Republican People's Party (CHP) leader, Kemal Kılıçdaroğlu was offered to participate in an election government, which is formed when the parliament decides to hold elections due to the government can not be established within 45-day legal period.

Earlier, Kılıçdaroğlu told reporters, following the conclusion of fruitless AK Party-CHP coalition talks, that "so far we have only been proposed an election government [transition government ahead of early parliamentary elections], not a coalition".

AK Party officials denied Thursday evening Kılıçdaroğlu's claims. Instead, they claim the CHP was offered to form a "short-term reform government" over issues agreed upon by both parties. It was not specified how long said short-term government would have lasted.

AK Party officials said the CHP had insisted on the establishment of a four-year coalition government.

Prime Minister Ahmet Davutoğlu's Justice and Development (AK) Party had been seeking a coalition partner after no party won a simple majority in the June 7 general election, but announced earlier on Thursday that no agreement to form a coalition government had been found with the CHP leader.

When the deadline to form a government expires on Aug. 23, either Erdogan or the parliament may decide to hold a new election. If the president issues the decision, then polling is supposed to be held in the first Sunday following a 90-day period starting from the end of the first deadline.

However, if the parliament makes the decision for a new election, then the Supreme Election Board can reduce this 90-day period by as much as half.

The last coalition talks in Turkey were made 16 years ago, when the Democratic Left Party (DSP) of late premier Bülent Ecevit failed to win the majority in the general election on April 18, 1999.
Last Update: Aug 14, 2015 2:20 am
RELATED TOPICS