Iran will stir up trouble in Turkey by supporting PKK: Syrian Kurdish politician 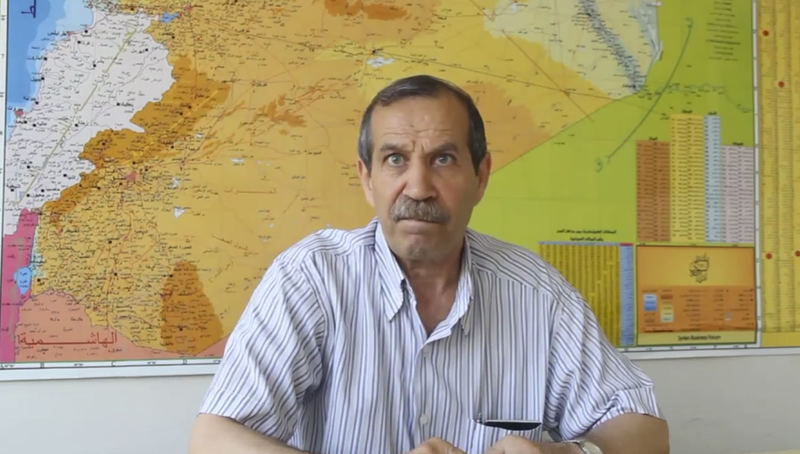 by Emre Başaran Aug 17, 2015 12:00 am
Syrian Democratic Progressive Party (PDPK-S) representative Ahmed Qasım has said that Iran is planning to stir up trouble in Turkey by supporting the PKK terrorist organization.

Evaluating the recent developments in Northern Syria, the PDPK-S Istanbul representative Ahmed Qasım made striking claims on Iran's stance on the PKK terrorist organization and its relations with Turkey. Stating that the PKK is receiving support from Iran, he said "PKK has to find a supporter. But which organization or state can support the PKK? That supporter is Iran. The conflict between Iran and Turkey dates back to ancient times. Iran may well play its cards on the PKK and use it for its own interests, and stir up trouble in Turkey."

The representative said that the Democratic Union Party (PYD) terrorist organization, the PKK's Syrian wing which controls Rojava region, is deceiving Kurdish parties in Syria. Qasım also added that PYD demands help from his party PDPK-S and other Kurdish parties but does not favor the union of Kurdish parties. "PYD's discriminative attitude deters Kurds in the region from forming a union," he added.

Stating that PYD has set up an oppressive regime in the Rojava region, he added that PYD does not allow the functioning of any political or military power in the territory it controls. "There are over 5,000 trained 'Rojavan Peshmerga' in Iraq. These peshmerga were supposed to come to Syria and protect our region. According to the aggreement signed in Dohuk, these peshmerga would come to Syria but PYD did not allow this," he further added.

Touching upon the close relations between the Syrian dictator Bashar al-Assad and the PYD terrorist organization, he said that PYD and Assad have reached a deal. "PYD did not keep its promises. It has reached a deal with the Assad regime. According to the deal, the regime would give Kurdish regions to PYD, which means the implementation of oppressive doctrines of Ba'ath regime by PYD in Kurdish language" he added.

Tehran also opposes the setting up of the ISIS/PYD-free zone in Northern Syria. Iranian deputy foreign minister Amir Abdullahiyan once said that the region would be "far more turbulent" with such "superfluous actions."