“Terrorists will pay for every bullet aimed at Turkey”: Erdoğan 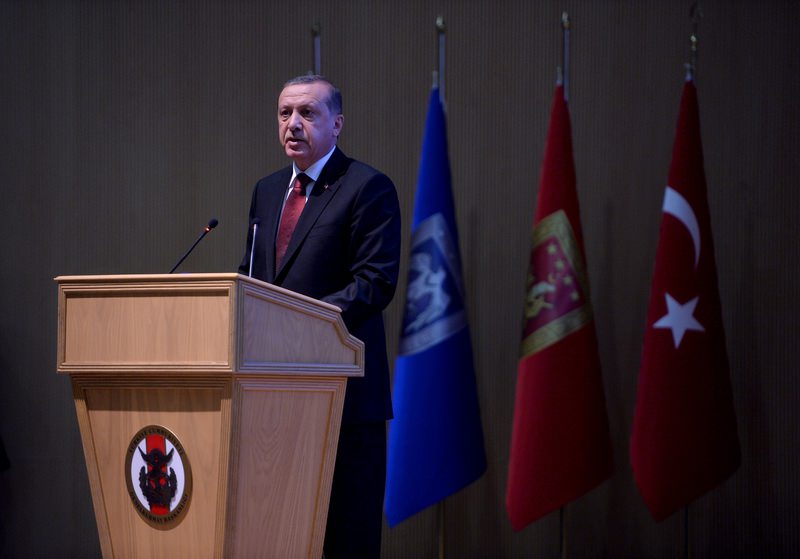 by Daily Sabah Aug 18, 2015 12:00 am
President Erdoğan gave a speech on Tuesday at the change of command ceremony of the General Staff in Ankara in which he emphasized that every terrorist aiming Turkey will ultimately perish and the nation will succeed in its fight against terror.

The President said that every terrorist will pay for their crimes. "Every terrorist will pay for their attacks against the unity, solidarity and fraternity of Turkey. These terrorists that are backed by some powers, states or organizations, will be punished for every bullet they fire, every bomb they throw and every pit they dig against the existence of the state and the nation," he added.

In the ceremony, ex-chief of General Staff, General Necdet Özel also stated that the Turkish Army will always protect the nation and the state. Stating that the military will prevail in its fight against every terrorist organization and implying the fight against the Gülen Movement the members of which have tried to overthrow the democratically-elected government, he said "Turkish Armed Forces will always fight against any illegal structure within the state. Turkish Military is committed to the fraternity and the peace of the whole nation."
Last Update: Aug 18, 2015 8:17 pm
RELATED TOPICS