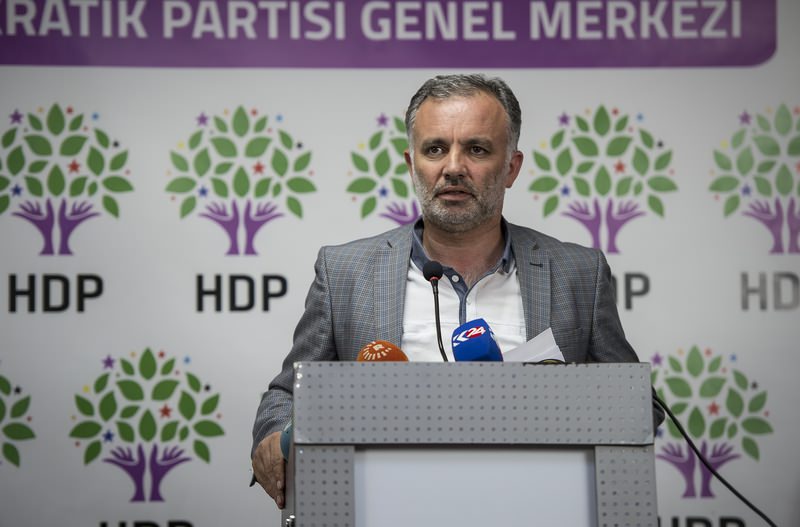 by Anadolu Agency Aug 20, 2015 12:00 am
Turkey's pro-Kurdish Peoples' Democratic Party (HDP) has stated that it wants to select its own ministers if an interim government is formed.

Following the unsuccessful coalition talks between Turkey's main parties, a rerun of the June 7 general election is now expected to be held in early October.

If President Recep Tayyip Erdoğan decides to hold a new election, Prime Minister Ahmet Davutoğlu must form a caretaker government within five days, according to Article 114 of the constitution.

In such a scenario, Davutoğlu's Justice and Development (AK) Party will have 12 ministers, the second-placed Republican People's Party (CHP) will have seven while the HDP and Nationalist Movement Party will have three ministers each.

While the number of ministers is based on each party's number of MPs, the method for selecting each individual minister remains uncertain.

However, the CHP has now withdrawn cooperation, following the MHP whose leader, Devlet Bahçeli, said his party would not take part in an interim government.

"Assuming that a short-term government could not take executive initiatives, the parties' internal decision processes should be respected. Otherwise, it would be as if there was a single-party government, which is opposite to the logic of a caretaker government," HDP spokesman Ayhan Bilgen told Anadolu Agency.

According to the Turkish constitution, the number of members to be taken from political party groups shall be determined by the parliament speaker, and shall be communicated to the prime minister.

Bilgen said the parliament speaker should ask the names from the parties while forming a caretaker government.

He added that the caretaker government should be run with the parties' cooperation.