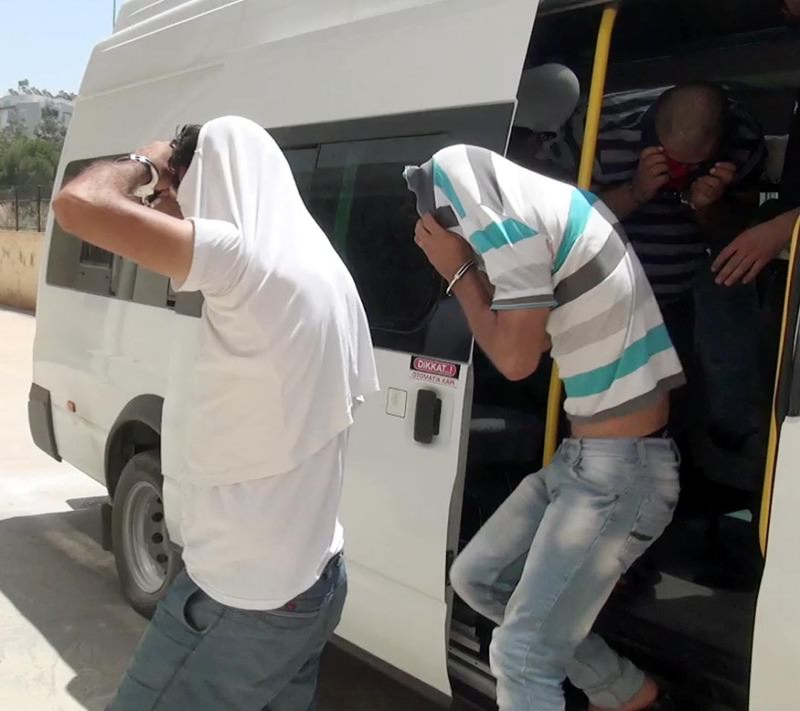 by Daily Sabah Aug 21, 2015 12:00 am
In a police operation conducted in the northern province of Samsun, five people, who are believed to be members of the ISIS were taken into custody after one year of surveillance showed that they dispense ISIS propaganda on the Internet and have contacts in the regions where ISIS fights other groups. On Wednesday, police detained 22 suspected ISIS supporters in the southern Kilis province, the provincial governor's office said.

Ankara has shown its position in the fight against ISIS within the country by being one of the earliest countries that recognized the organization as a terrorist group in October 2013 and identifying and delivering potential foreign fighters seeking to cross the border to Syria to join ISIS despite little cooperation in intelligence sharing from its Western allies.

According to figures given by presidential spokesman İbrahim Kalın on Aug.5, Turkey had detained 500 ISIS-linked suspects, expelled 1,600 suspected foreigners and banned the entry of 15,000 others into the country, adding that the claim that Turkey was not fighting ISIS was "simply not true."

Police have been carrying out nationwide operations to apprehend suspected militants of the PKK, ISIS and the far-left Revolutionary People's Liberation Party-Front (DHKP-C), all three groups are listed as terrorist groups by Turkey.
RELATED TOPICS