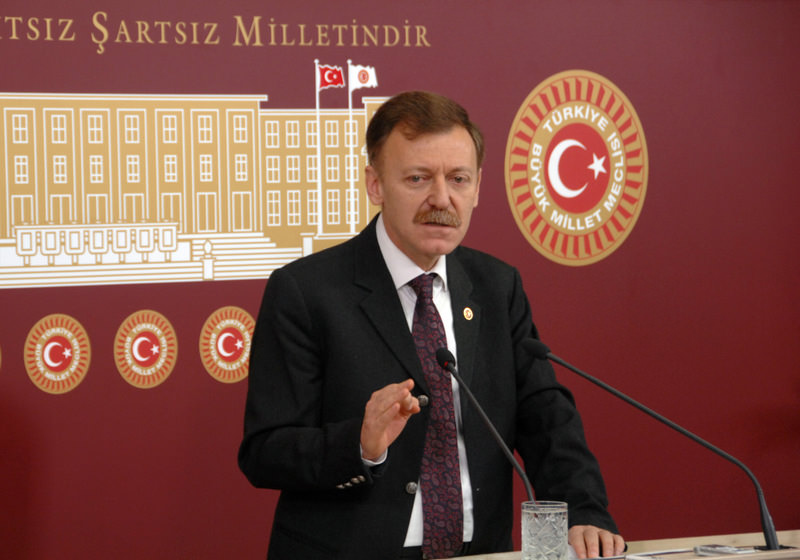 by Daily Sabah Aug 26, 2015 12:00 am
Republican People's Party (CHP) deputy Aytuğ Atıcı said that if the nation does not vote to make the CHP the ruling party, it is because the party needs to set itself right. Visiting the eastern province of Erzurum as part of the early election campaign, Atıcı said no decision made by the nation is a mistake and added: "They ask why the nation does not give authority to the CHP to rule the county, is it also a true decision? Yes, if the nation wants it, it is our mistake. We have set ourselves right. We renewed [the party] with serious changes. Now, it is the nation's turn."

He further accused the Justice and Development Party (AK Party) of pushing the nation to elections again by showing the people that is was a mistake not to vote for the AK Party in the previous June 7 general election.

The CHP has sped up its work for snap elections since a coalition government could not be formed after many hours of talks between the AK party and the CHP. According to the strategies adopted by the CHP to attract more votes in early elections, promises of more democracy and peace should be at the forefront instead of economic promises that the party used in its June 7 parliamentary elections campaign.

The party is expected to touch on the Kurdish issue to receive votes from eastern Turkey and regain supporters who voted for the pro-Kurdish Peoples' Democratic Party (HDP) in the last election. A booklet on the CHP's view of the Kurdish issue has been given to deputies in order to clarify the party stance on it in this critical period with PKK terrorist attacks in Turkey. In the booklet the party proposes a model based on four steps to solve the Kurdish issue. The model includes initiatives for democracy and human rights, legal steps for equal citizenship, a consensus commission in Parliament and a commission including a common sense committee. The party's positive stance on native language education for Kurdish citizens is also included in the booklet. CHP Chairman Kemal Kılıçdaroğlu also held a Party Assembly meeting on Sunday to discuss the strategy to be followed after the unsuccessful coalition talks with the AK Party.

The AK Party received the most votes in the June 7 elections with a 40.87 percent vote share but could not win a simple majority to form a government on its own. The CHP received the second-most votes at 24.95 percent, followed by the Nationalist Movement Party (MHP) with 16.29 and the HDP at 13.12 percent. The deputy distribution of 550 seats in Parliament has not changed since the election; the AK Party has 258 seats, the CHP has 132 and the MHP and HDP have 80 seats each.
RELATED TOPICS