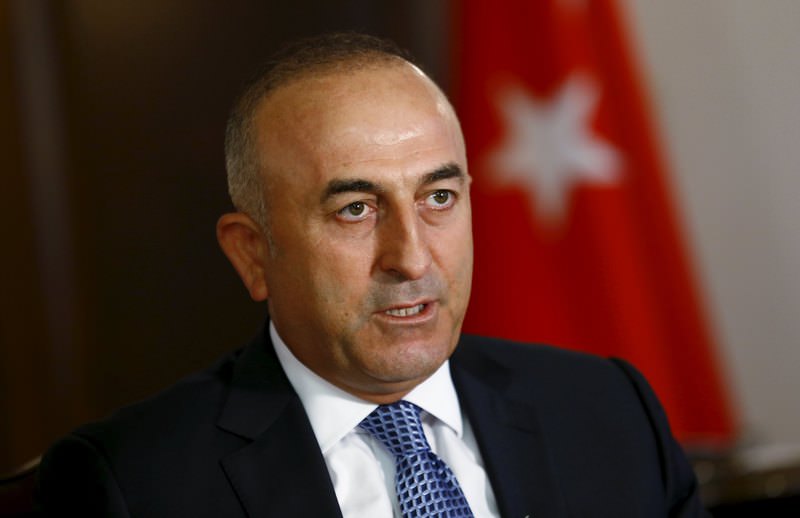 by Daily Sabah with AA Aug 26, 2015 12:00 am
Turkish Foreign Minister Mevlüt Çavuşoğlu has hit back at critics of Turkey's "foreign fighters" policy.

"On the issue of foreign fighters, some of those [fighters] that we have deported are coming back. How is this possible?" Çavuşoğlu said Tuesday during a televised interview.

"Those countries that say 'Turkey has not fulfilled its duty in terms of foreign fighters' or 'Turkey could do more' are releasing the very foreign fighters we send back to them," Çavuşoğlu said without naming any country, adding that some of them are calling it "freedom of travel".

The minister also highlighted numbers from Turkey's struggle against foreign fighters, saying that the number of people Turkish officials have banned entry to the country has exceeded 18,000.

On Monday, U.S. State Department spokesman John Kirby lashed out at criticism of Turkey lagging behind in its efforts as a member of the anti-ISIS coalition.

The spokesman's comments came during a press briefing when a reporter asked whether the state department is content with Turkey's efforts, unlike the Secretary of Defense Ash Carter who said last week that Turkey should do more against ISIS.

Earlier on Tuesday, Çavuşoğlu announced that Turkey and the U.S. finalized the technical details of Turkey's involvement in the anti-ISIS coalition.

"Technical negotiations of the agreement were finalized between Turkey and the U.S with respect to operations against Daesh," Çavuşoğlu said, using a local acronym for ISIS, at a news conference in Ankara.

The deal is thought to include how Turkish combat aircraft will be incorporated into the anti-ISIS coalition.

Meanwhile, Çavuşoğlu also touched upon the U.S. and Germany's decision not to renew their Patriot missions in southern Turkey, saying Ankara does not view it as politically motivated.

"We do not see this as a political thing; neither do we perceive it as an act against Turkey."