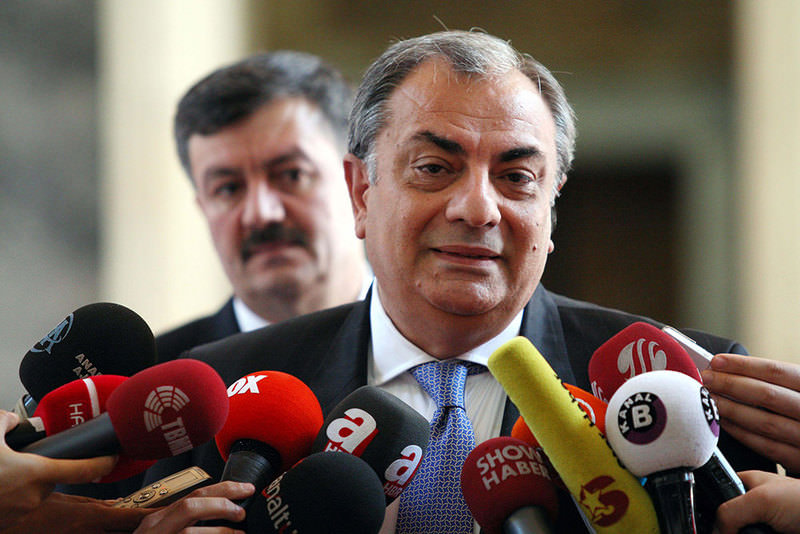 by Daily Sabah Aug 26, 2015 12:00 am
As the Republican People's Party (CHP) and Nationalist Movement Party (MHP) announced that they will not participate in Prime Minister Ahmet Davutoğlu's caretaker government, first cracks in the opposition front emerge from MHP as the party's Vice Chairman Tuğrul Türkeş, son of the party's founder, Alparslan Türkeş, accepts Davutoğlu's invitation and says that he will partake in the interim cabinet on Wednesday.

Upon Türkeş's acceptance of the offer, MHP Vice Chairman Semih Yalçın made a statement later in the day saying that Türkeş had to resign or otherwise he would be expelled from the party.

Two other MHP deputies were invited to partake in the interim cabinet along with Türkeş. The party's Izmir Deputy and Vice Chairman, Kenan Tanrıkulu, resigned from his position at his party following Davutoğlu's invitation. Tanrıkulu said, he declined the seat in the cabinet and has resigned from his party as vice chairman as of Wednesday, as a reaction to such an "insolent" invitation.

Earlier in the day, another dissident figure of the party, former Iğdır Sinan Oğan was expelled from party membership citing his recent comments criticizing the party leadership and a possible poor performance in snap elections. An influential figure in party's voter base, Oğan was not nominated by MHP in the June 7 elections.

Türkeş and Bahçeli were rivals in MHP's violent party congress held in 1997 after the death of the party founder and 28-year-old chairman Alparslan Türkeş. Bahçeli surprisingly won the tight race, and Türkeş left the party, only to return in 2007.

Alparslan Türkeş's younger son, Ahmet Kutalmış Türkeş, served as an AK Party deputy between 2011 and 2015 and resigned from the party shortly before the June 7 elections.

The name Türkeş still has a considerable significance in Turkey's nationalist voter base.