MHP in shock as Turkeş likely to become deputy PM 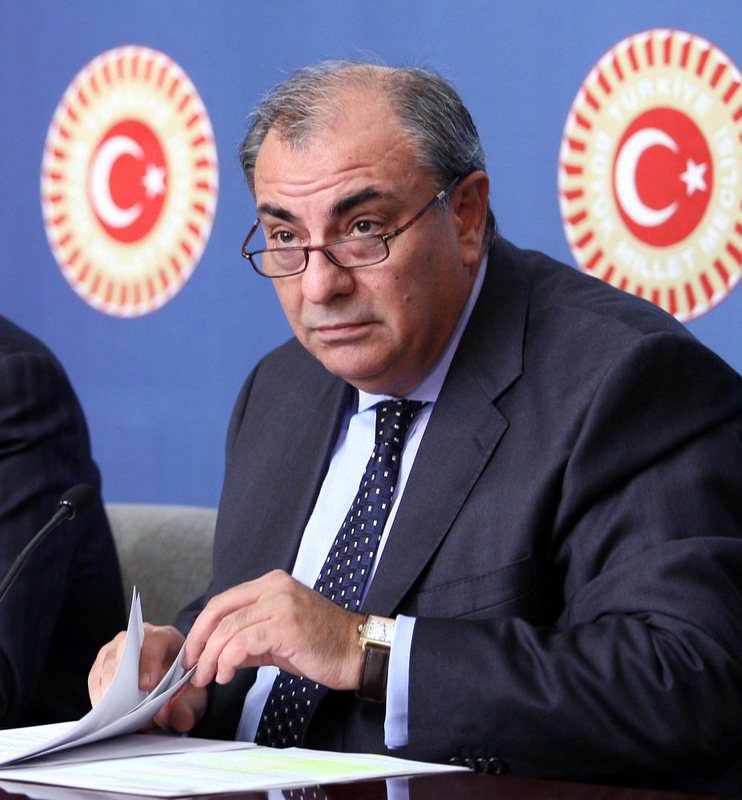 by Daily Sabah Aug 28, 2015 12:00 am
The Nationalist Movement Party (MHP) was shocked when its Ankara Deputy Tuğrul Türkeş, son of party founder Alparslan Türkeş, accepted the invitation of Prime Minister Ahmet Davutoğlu to participate in the caretaker government on Aug. 26, which will lead the county to the Nov. 1 elections.

Türkeş's decision came after MHP Chairman Devlet Bahçeli said no one in his party would "sell out on the cause" by accepting such an offer. Bahçeli has continued his uncompromising attitude since the results of the June 7 elections, closing the door to any possible coalition option. Therefore, Türkeş's participation in the caretaker government is considered as a major blow to the MHP's stance.

In response to Türkeş's decision, MHP Vice Chairman Semih Yalçın demanded his resignation from the party and threatened him with expulsion from the party, calling on the party's disciplinary board to meet over the issue. While declaring the decision, Yalçın said: "Türkeş is no longer representing the MHP." Yalçın added: "He was offered a ministry in the Cabinet as an MHP representative, therefore we have sent him to the disciplinary board for expulsion. Prime Minister Davutoğlu should decide his next step. The current situation is a violation of the Constitution," he added.

Likewise, Bahçeli called Türkeş's decision "treason." "History is like a litmus paper; it doesn't only classify treason and loyalty, but it also imprints it in the memory of the future. There is no problem if lessons are being drawn from this," Bahçeli said via his Twitter account late on Wednesday.

Meanwhile, in the turmoil MHP İzmir deputy Vice Chairman Ahmet Kenan Tanrıkulu resigned from his post due to Davutoğlu's offer to participate in the caretaker government. Regarding the issue Yalçın said they have accepted Tanrıkulu's resignation from the vice chairmanship.

Meanwhile, political circles in Ankara expect that Türkeş will likely become a deputy prime minister. It is expected that Türkeş will be responsible of the Presidency for Turks Abroad and Related Communities (YTB) and the Turkish Coordination and Cooperation Agency (TİKA) in the caretaker government.

Türkeş is considered an influential figure among Turkish nationalists. After the death of his father Alparslan Türkeş, Türkeş became a candidate in the MHP chairman congress against Devlet Bahçeli in 1997, however, Bahçeli surprisingly won the tight race. Afterward, Türkeş left the party until his return in 2007. In addition Alparslan Türkeş's younger son, Ahmet Kutalmış Türkeş, also served as an AK Party deputy 2011 and 2015 and resigned from the party shortly before the June 7 elections.
Last Update: Aug 28, 2015 12:17 pm
RELATED TOPICS