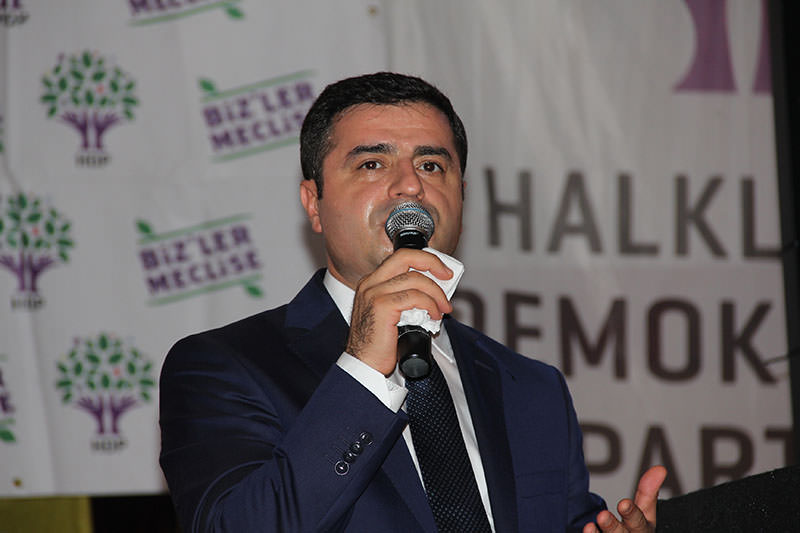 | AA photo
by Daily Sabah Aug 31, 2015 12:00 am
People's Democratic Party (HDP) co-chairman Selahattin Demirtaş reacted on Monday against a newly released regulation within the scope of counter-terrorism legislation that foresees a reward up to 4 million Turkish liras ($1.37 million) for citizens who report identities and locations of suspects or help law enforcement agencies.

"What I advise to all of the citizens is that; do not denounce your neighbors for money. Espionage is dishonorable…Our people should reject this call," Demirtaş said.

The Turkish Interior Ministry's decision comes after a surge in violence caused by the PKK terrorists which has nullified a 2013 truce.

Under the government's plan, informants' rewards will be based on the "value of the information in preventing terrorism crimes and catching the suspects," according to a statement in the Official Gazette on Monday.

"In an environment where people do not trust each other, neighbor relations degenerate, insecurity pertains and people are made enemies of each other, chaos might spring," Demirtaş said.

More than 2,500 people have so far been detained in raids targeting terrorists of the PKK, ISIS and DHKP-C groups, but the overwhelming majority of them are from the PKK.

The PKK, designated a terror group by Turkey, the U.S. and EU, renewed their armed campaign late last month.

Formed in 1978, the PKK terrorist organization had been fighting the Turkish government for an independent state until the early 2000's. The group then shifted its goal to autonomy in predominately Kurdish inhabited regions of Turkey.