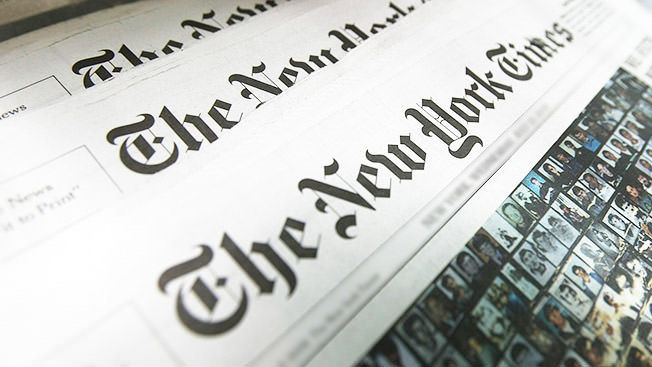 by Ragıp Soylu Sep 01, 2015 12:00 am
A senior American official on Monday dismissed the latest New York Times editorial on Turkey as a "conspiracy theory," which claimed Turkish President Recep Tayyip Erdoğan had reignited a war with separatist the PKK to rally support for the government in the upcoming snap elections.

The official, who spoke to some journalists on condition of anonymity, said that the PKK terrorist organization was the one who initiated attacks on Turkish authorities and that Turkey was justified in responding.

Earlier in July, PKK officially ended the ceasefire, alleging that Turkey was helping ISIS and building dams to block its fighters' movement in the southern part of the country. Turkey hit PKK targets in Northern Iraq following a PKK attack that killed two police officers in their sleep. The PKK officially claimed the attack saying that its fighters carried out the attack in retaliation to the ISIS-linked Suruç bombing, accusing police officers of being complicit in the bombing.

Recently American media reports claimed that Turkey used its integration to the anti-ISIS coalition and opening of its bases to American warplanes as a bargaining chip to escalate its attacks on the PKK and increase the ruling Justice and Development Party's (AK Party) votes by undermining the nationalist opposition.

Even though both Turkish and American officials repeatedly denied such a theory, the New York Times yesterday insisted on this and even referenced the famous movie Wag the Dog, which depicts a made-up war to distract voters from a presidential sex scandal.

"To speak to the broader conspiracy theories, I just don't think it is accurate," the Senior American official said. "You got a designated foreign terrorist organization. They continue to carry on attacks and in that case the Turkish government has right to defend itself."

Turkey destroyed a number of ISIS targets in Syria for the first time on Saturday as a partner of the anti-ISIS coalition air campaign.

Mark Toner, the U.S. State Department's Deputy Spokesperson, said on Monday that these airstrikes were the manifestation of Turkey's increased participation in the coalition.

"Turkey is doing all it can to contribute to anti-ISIL (ISIS) operations as a member of the coalition, and we've seen, certainly, progress on that front," he added, using another name for the terrorist group.

He also praised Turkey's recent efforts in terms of combating ISIS and dealing with the inflow of Syrian refugees as "above and beyond" what they might expect.

"We want to see the PKK stop its attacks, we want to see both sides refrain from violence, and we want to see a return to a solution process that ultimately ends in peace," he said.
Last Update: Sep 01, 2015 9:55 am
RELATED TOPICS