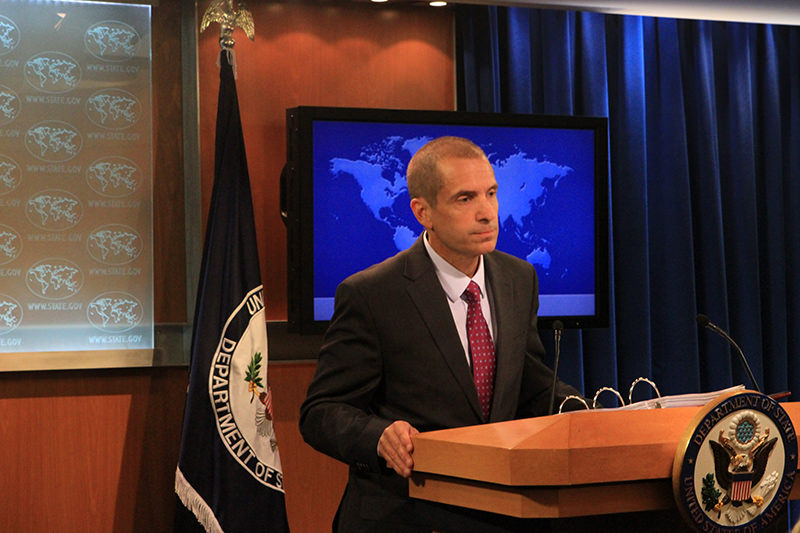 | AA Photo
by Daily Sabah with AA Sep 01, 2015 12:00 am
Turkey's response to the nearly two million refugees that have crossed its border from Syria and ISIS terrorists is 'above and beyond,' the State Department said Monday.

"Turkey, in terms of combating ISIS and dealing with the inflow of Syria refugees, has been above and beyond what we might expect," spokesman Mark Toner told reporters, adding that Turkey is "doing all it can" to combat ISIS.

The Turkish Air Force launched attacks late Friday on ISIS positions considered a threat to Turkey - the first such airstrikes as part of the U.S.-led anti-ISIS coalition.

Regarding Ankara's ongoing campaign against the PKK, Toner said, "All of Turkey's strikes against PKK targets have been in response to PKK attacks on Turkish military personnel and police."

"We want to see the PKK stop its attacks. We want to see both sides refrain from violence, and we want to see a return to a solution process that ultimately ends in peace," he added.

According to military sources, over 900 terrorists were killed in Turkey's airstrikes against PKK's hideouts and camps in northern Iraq.