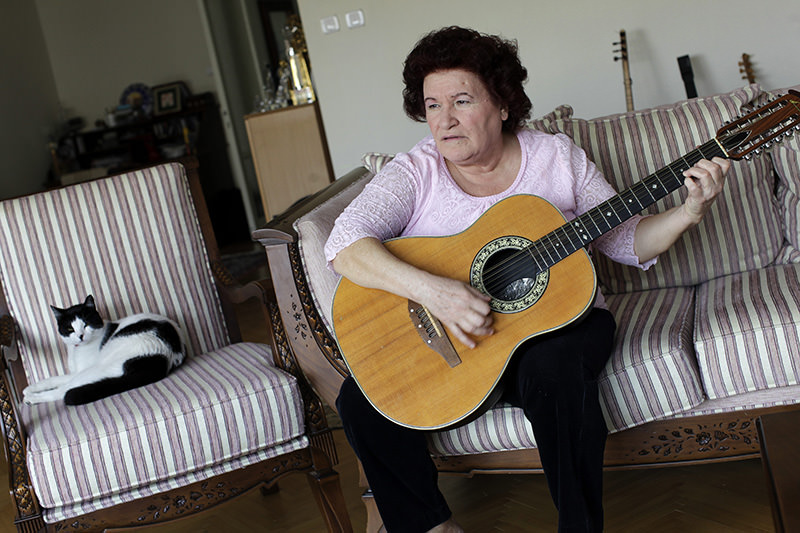 | File photo
by Daily Sabah Sep 02, 2015 12:00 am
Turkish folk singer-songwriter Selda Bağcan said on Tuesday on a private TV channel that the People's Democratic Party (HDP) should come to its senses and distance itself from the PKK.

Selda Bağcan, who celebrated the 44th anniversary of her music carrier this year, is an important voice in Turkish music. Her song "İnce İnce" was recently used as a sample in American record and rapper Dr. Dre's album "Compton" which was released on August 7.

"There is no civil war in our country, there is terror," Bağcan said on Tuesday. "It is very saddening to see news of martyrs every day. The terror organization took up arms once again."

As the pro-Kurdish HDP is at the center of criticism for showing reluctance to distance itself from the PKK and condemn it, a HDP district head was caught recently by security units while recruiting two men for the PKK.

HDP head for the Eleşkirt party branch in the Ağrı province was reportedly caught by security units while he was taking two people in his vehicle to hand them over to the PKK terrorist organization last Thursday.

Demirtaş had said that Prime Minister Ahmet Davutoğlu's call for the PKK to disarm, leave the country and surrender was "impossible."