Kidnappers who abducted Turkish workers to be treated as terrorists, Iraqi PM says 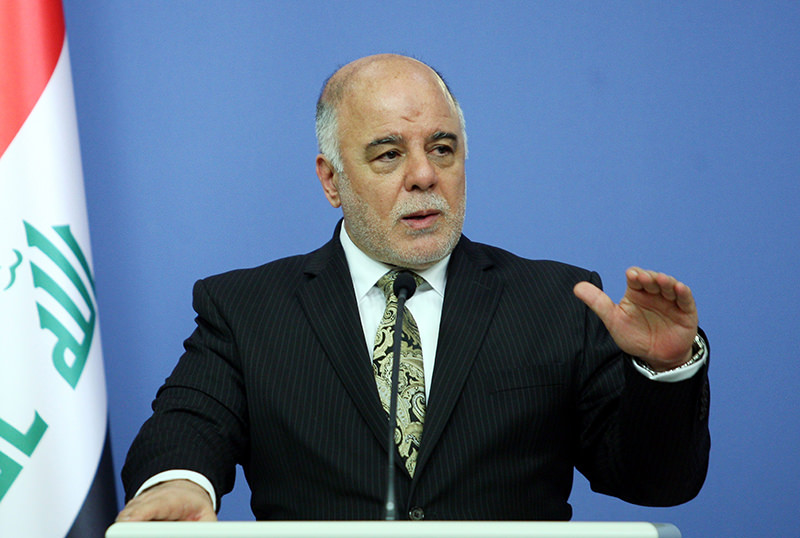 by Daily Sabah Sep 03, 2015 12:00 am
Iraqi Prime Minister Haidar al-Ibadi announced that Iraqi authorities will treat the kidnappers of 18 Turkish workers as terrorists.

Turkish Foreign Ministry spokesman Tanju Bilgiç confirmed on Wednesday that 18 Turkish workers were kidnapped early Wednesday morning by individuals dressed in military uniforms. Bilgiç underlined that the workers, who were contracted by the Turkish Nurol Construction Company to build a sports complex in the eastern Baghdad district of Sadr City, are suspected to have been specifically targeted for being Turkish nationals. Out of the 18 people kidnapped, 14 are workers, three are engineers and one is an accountant from the company.

Deputy Prime Minister Numan Kurtulmuş said that Iraqi authorities do not have any information as to how and who conducted the kidnapping. Kurtulmuş assured that Ankara is devoting all efforts to rescue the workers and confirmed that the government is in close contact with Iraqi authorities regarding the incident.

Though neither the identity nor motives of the kidnappers are known, the incident brings to mind the raid that occurred on June 11 last year, when the Islamic State of Iraq and al-Sham (ISIS) took 49 Turkish hostages from the Turkish Consulate in Mosul – including diplomats, consular officials and their families – a day after the terrorist organization took control of the city.

Nurol, one of the largest construction companies in Turkey, was awarded a stadium construction contract in Sadr City in 2012. The company also has a liaison office in Baghdad. Officials said the kidnappers stormed the construction site at dawn on Wednesday while the workers were sleeping in caravans and took them away in several SUVs.

The style and scale of Wednesday's kidnappings share similarities with the sectarian violence Baghdad suffered in 2006 and 2007 when Sunni and Shiite militants kidnapped followers of the other sect. In most cases, a day or two later the captives' bodies were found with bullet wounds to the head and visible signs of torture present.

Baghdad has been beset by violence for over a decade now, with roadside bombs, suicide attacks and assassinations almost becoming daily occurrences. While kidnapping for ransom has continued, abductions on the scale seen on Wednesday have been almost unheard of in the past few years.