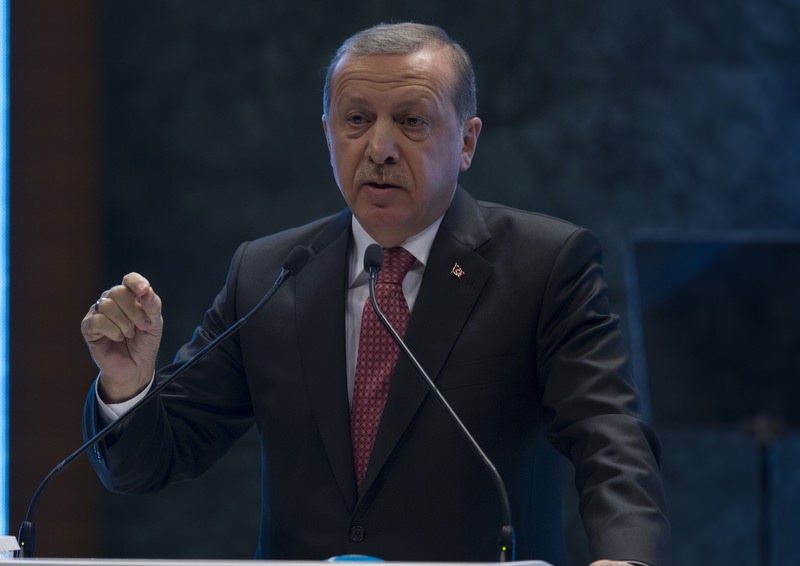 In an interview with CNN International, President Erdoğan criticized the Western World, saying that the European countries have to take responsibilities to help the oppressed Syrians and Iraqis, further adding Turkey has tried its best to help its neighbors and that the country now hosts over two million refugees

President Recep Tayyip Erdoğan gave an interview to CNN International on Thursday, in which he answered the questions about the Syrian toddler named Aylan Kurdi who died after a boat capsized in the shores of Bodrum and the pictures of that shook the world all, further criticizing the indifference of the Western World towards the atrocities in the Middle East.

The President said that he was "devastated" upon seeing the images of 3-years old Aylan Kurdi, who was washed ashore in Bodrum in southwestern Turkey.

"Where is humanity? Where is the conscience of humanity? Those are the questions we ask regarding the incident," he said, adding that the tragic picture made him cry.

Reminding that "countless children, mother and father drowned in the waters of the Mediterranean before," he said that Turkish coast guard personnel have saved over 50 thousand people in Turkey's West coast since January 2015.

Erdoğan emphasized in his remarks that Turkey now hosts over two million refugees from Syria and Iraq and treats them as guests. "On contrary to our efforts to help the oppressed Syrians and Iraqis, the Europe does not want to host Middle Eastern refugees," he added.

Further stating that European countries such as Germany, Greece, Italy, Spain, France and Hungary can also host refugees but do not dare to, he added that a German minister proposed to choose only some specific refugees and bring them to Germany. "It is impossible to comprehend such an approach to the refugee crisis," he added.

"Governments have to take responsibilities and collaborate to provide shelter for those oppressed Middle Eastern people," he said.