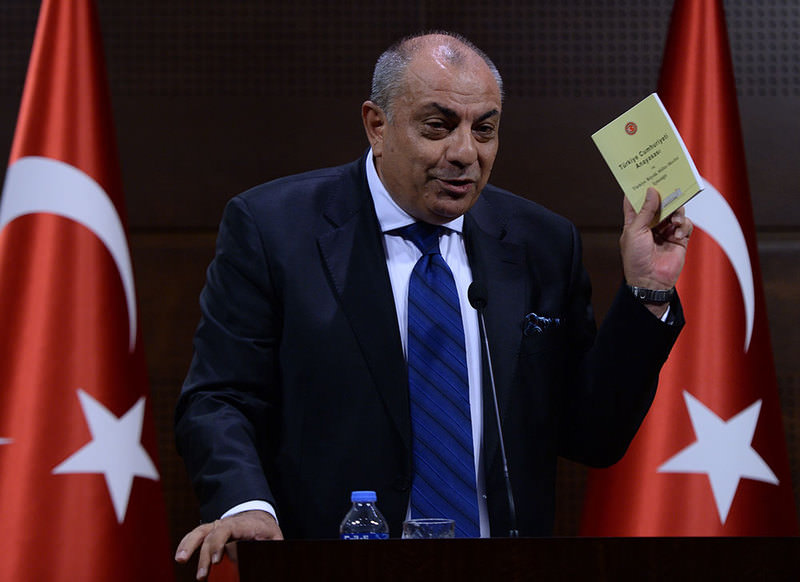 The decision is remarkable as Tuğrul Türkeş is the son of Alparslan Türkeş, the party's founder and honorary leader.

Following Türkeş's expulsion, MHP became the fourth largest party in terms of seats in the parliament with 79 seats, falling behind their arch-rival pro-Kurdish Peoples' Democratic Party (HDP). Both parties had gained 80 seats in June 7 elections, despite some 1.4 million more votes casted for MHP.

On Friday, Türkeş harshly criticized MHP administration and cadres for attacking himself instead of "enemies of the state and nation are running wild", referring to the PKK and its recent terrorist attacks. Türkeş referred to his adversaries as "a couple of drunks, jackals" although he used a softer tone for MHP Chairman Devlet Bahçeli.

"As I am a Deputy PM right now, my party MHP has become a ruling party" Türkeş said.

Türkeş stated in the case of an expulsion from the party, he will use his legal rights against such a decision, and called on Bahçeli to convene an extraordinary party congress on October 4 to ask the delegates whether he is to be expelled.

Meanwhile, MHP Chairman Bahçeli responded to Türkeş's remarks in Istanbul on Friday, stating that none of the party members should consider themselves above the party and its regulations. This issue is out of our agenda, Bahçeli said, implying Türkeş's expulsion from the party would not affect MHP in terms of votes.

Since Türkeş accepted the duty, MHP officials repeatedly stated that Türkeş acted against party decisions by joining the cabinet, referring to his move as "betrayal." Türkeş defended himself that he acted in compliance with the constitution and assumed the duty as Turkey faces with grave threats in its national security.

Türkeş's move was a blow to Bahçeli's strategy aiming to alienate AK Party and pro-Kurdish Peoples' Democratic Party (HDP) within the caretaker government in order to score nationalist votes on behalf of the MHP.

Another dissident figure of the party, former Iğdır Sinan Oğan was earlier expelled from party membership citing his recent comments criticizing the party leadership and a possible poor performance in snap elections. An influential figure in party's voter base, Oğan was not nominated by MHP in the June 7 elections.

Türkeş and Bahçeli were rivals in MHP's violent party congress held in 1997 after the death of the party founder and 28-year-old chairman Alparslan Türkeş. Bahçeli surprisingly won the tight race, and Türkeş left the party, only to return in 2007.

Alparslan Türkeş's younger son, Ahmet Kutalmış Türkeş, served as an AK Party deputy between 2011 and 2015 and resigned from the party shortly before the June 7 elections.

The name Türkeş still has a considerable significance in Turkey's nationalist voter base.