Turkey aims to work with EU to tackle refugee crisis 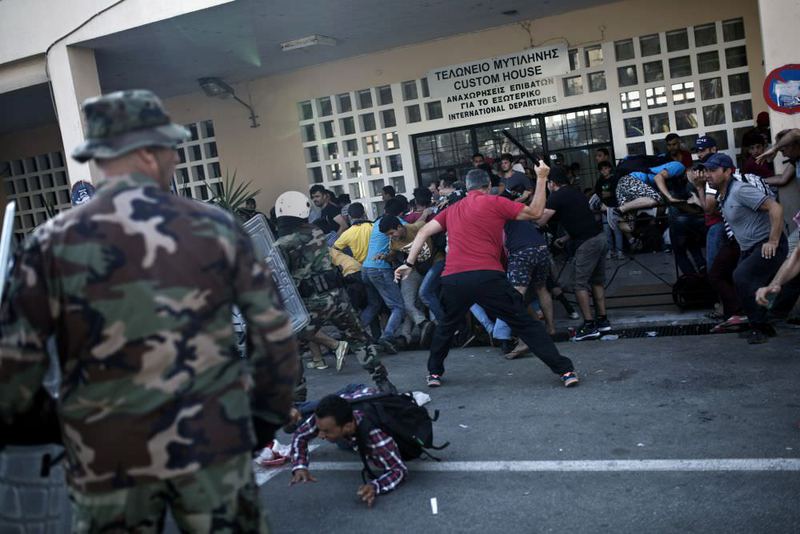 by Daily Sabah with AA Sep 07, 2015 12:00 am
The international community should share responsibility for providing assistance to Syrian refugees, Foreign Minister Feridun Sinirlioğlu said in Luxembourg on Saturday.

Sinirlioğlu said Turkey had spent more than $6 billion on Syrian refugees while, in comparison, the international community has spent only $417 million. He said the number of refugees worldwide has reached 60 million, adding that Turkey had been a transit country for refugees before but now it is a target country for them as well. "Turkey prevented migration to Europe by hosting scores of Syrian refugees," Sinirlioğlu said.

Meanwhile, EU foreign policy chief Federica Mogherini said Turkey was hosting some 2 million refugees while EU member states have yet to agree on how to host even the initial 60,000 people proposed by the European Commission (EC). At a joint press conference with Luxembourgian Foreign Minister Jean Asselborn, Mogherini said the crisis could affect other member countries.

"It affects all of us. A few months ago, it was Italy, Greece and Malta. Now it is Hungary and it could [be the] turn of other member states in the future," Mogherini said after a two-day informal meeting of EU foreign ministers. "Turkey is the country that has accepted the most [Syrian] refugees in the world, so we cannot [lecture] Turkey," Asselborn said. Regarding the refugees, he said out of the 300,000 migrants who came to Europe since January 2015, 46 percent were Syrians and 12 percent were Afghans.

Earlier on Thursday, Sinirlioğlu had called on the EU to work together to tackle the refugee crisis engulfing the continent. "Luxembourg, as the term president of the EU, has important responsibilities at the moment. There is a big challenge with migration, which is also a big challenge for Turkey," Sinirlioğlu said.

The interim foreign minister arrived in Luxembourg on Friday to attend an informal meeting of foreign ministers where the refugee crisis is high on the agenda. The meeting came after 12 Syrian refugees, including eight children, drowned off the coast of the Turkish resort town of Bodrum early Wednesday after their boat en route to the Greek islands sank in the Aegean Sea.

Europe is facing the biggest refugee crisis in decades, with thousands of asylum seekers from Middle Eastern and African countries trying to reach Western Europe. Previously this week, the picture of 3-year-old Aylan Kurdi's body washed up on the shore became the focus of many international media outlets shortly after the accident. Some social media users have also shared images of Aylan and his brother Galip when they were living a peaceful life in Syria.
RELATED TOPICS