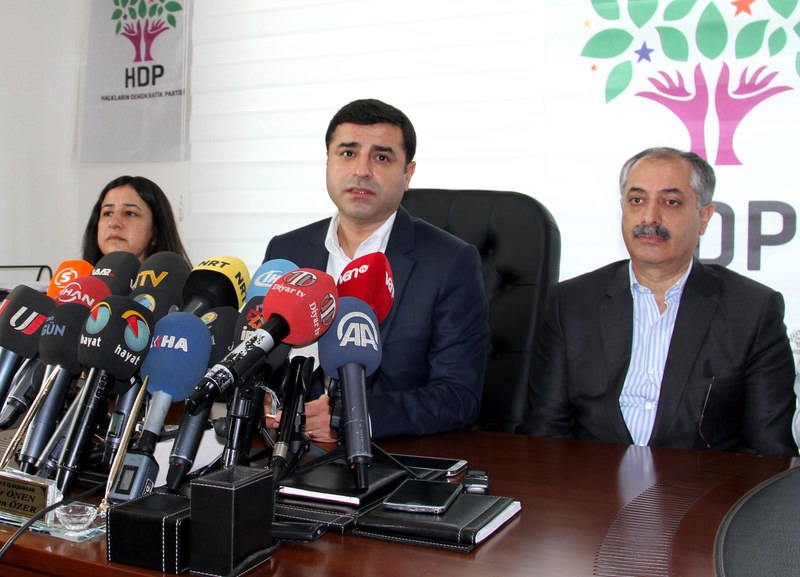 | AA Photo
by Daily Sabah Sep 09, 2015 12:00 am
Diyarbakır Public Prosecutor's Office has launched a probe against the Peoples' Democratic Party (HDP) co-Chairman Selahattin Demirtaş on Wednesday over the remarks he made in Diyarbakır for inciting hatred.

Demirtaş made some controversial remarks during a press conference in Diyarbakır on Wednesday. Calling on his party's supporters to spread violence, Demirtaş said in case of any threat against them, the HDP supporters should make their opponents regret their actionswhat they do.

While the political leaders including Prime Minister Ahmet Davutoğlu and Republican People's Party (CHP) leader Kemal Kılıçdaroğlu have made statements, urging people to stay calm and not be provoked, Demirtaş is blamed for sparking more controversy and conflict in the country, which has been shaken by terrorist attacks and a tense atmosphere following the surge of violence by PKK terrorists.

According to the statement released by the chief public prosecutor's office, Demirtaş is accused of "openly abetting crime,", "making propaganda for a terrorist organization," and "openly insulting the Republic of Turkey and Turkish people."

The motion has been sent to the Turkish Ministry of Justice demanding a "permit for investigation" and "abolishment of legislative immunity" in line with 83th article of the Turkish constitution. It is expected to be referred to the parliament.